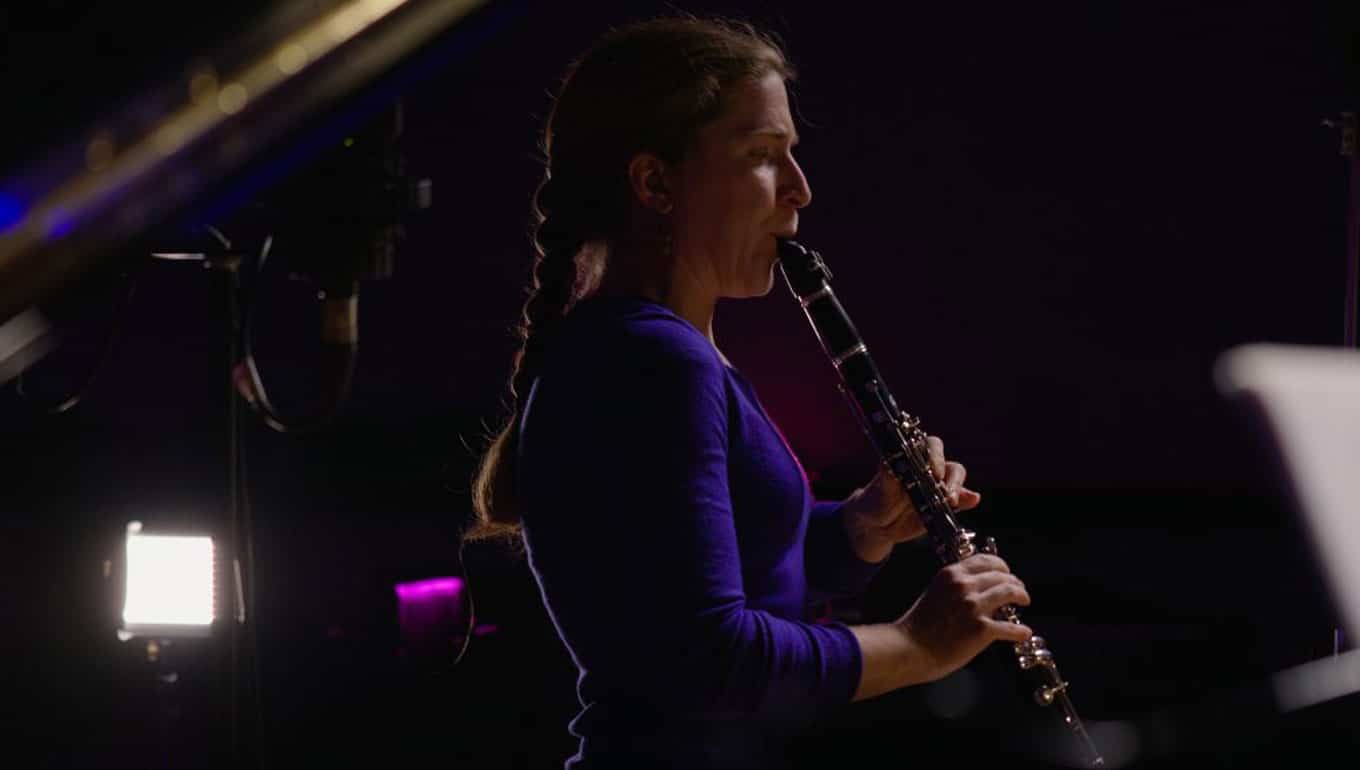 Eloise Fisher, our new Tutti Clarinet, arrived in Tasmania at the beginning of 2020 and promptly found the year turned upside down. However, many of you will recognise her from TSO Daily Dose and Friday Night Live, and we thought it was beyond time to officially introduce Eloise and hear more about the fascinating journey (via Paris, New York and Israel, as well as her hometown of Canberra!) which has brought her to the TSO.

Thanks so much for agreeing to chat to us, Eloise! Let’s start with your journey to the TSO. How have you arrived at the TSO?

I grew up in Canberra and did my undergraduate there with Professor Alan Vivian at the ANU Canberra School of Music. I then went overseas and studied in Paris, completing a masters at the CNR de Versailles, and then went on to complete (another!) masters and a doctorate at The Juilliard School in New York. Following this, I lived in Israel for three years before coming back to Australia. I held the position of clarinet lecturer at ANU for a year before the tutti clarinet job came up at TSO. Funnily enough, my first time playing in a professional orchestra was with the TSO in an AYO-TSO program when I was 18 years old, and I loved it, so winning the audition for a permanent role here felt even more special.

We will delve further into the rich studies you have completed but first – why clarinet?

There’s a TSO link here too! I played violin from when I was 5, but I quickly wanted to quit. However, my mum put the proviso of reaching a certain level of violin before allowing me to make that decision. I think her reasoning was by the time I got to the level of playing real repertoire I’d actually enjoy it, but it didn’t work out that way. When I was 12, I was allowed to put the violin away and I decided I might like to play the oboe, so my mum took me to see the oboe lecturer at ANU at that time who was David Nuttall! He asked, “show us your choppers” and then “show us your hands” and then promptly said “go and try clarinet for a few years and we’ll see if your hands grow”.  So off we went and knocked on the next door, Alan had a look and said “yes, you’ll do”.

What was it about fingers that made you more suitable for clarinet rather than oboe?

Hand size! My hands are too small. With oboe, there is a bigger stretch, whereas with clarinet it’s actually an advantage to have smaller hands. If you look at top clarinet players around the world, most of them are really quite compact. And as it turns out, I love the clarinet and everything it can do. ! So, I definitely found my instrument.

You also mentioned teeth – how does this affect reed instruments?

The clarinet is the only orchestral instrument where your teeth directly touch the instrument, so it’s helpful to have fairly even teeth. Ideally the bottom teeth aren’t too uneven or sharp , because you’re going to sit all day with your bottom lip curled over your bottom teeth.  Students with uneven teeth often end up having some pain in their lower lip as the teeth start cutting in. And top teeth need to be fairly straight as they sit right on the mouthpiece and keep the instrument balanced. Again, it’s not to say that someone with uneven teeth can’t play clarinet, but it might make it more difficult.

During your studies was there a point where you definitively thought you wanted to join an orchestra, or did you pursue a solo career?

That’s an interesting question, because I certainly did my undergraduate and first masters thinking that I would pursue an orchestral career. I did all the usual things like playing in national youth orchestras, auditioning to be on casual lists and competing in international solo competitions. But when I had my son quite young, I realised that an orchestral career just doesn’t suit a single parent of a young child.  All your colleagues in the orchestra and the management can be absolutely lovely, but you simply have to be at rehearsals and concerts at a set time; there’s no flexibility. And the evening concert hours don’t match up with childcare availability. So, I basically realised that for the next 10 years or so I couldn’t be a full-time orchestral musician, and I didn’t even audition for any orchestral positions until the TSO job came up. Instead I did my doctorate, partly so that an academic career would be an option, and I also did quite a lot of solo recital playing that I could schedule as I wished.

Tell me more about your doctorate – after all, it’s no mean feat, especially from Juilliard!

While doing my masters at Juilliard, I had seen the doctoral students around and knew it was a very selective program with only 7 students accepted each year across all instruments. When I finished my masters, my son was four and I knew I still couldn’t pursue an orchestral career quite yet, so I thought I’d audition for the doctoral program and see what happened.  And if I didn’t get in (which I figured was quite likely given the statistics!) then I thought I might  head back to Australia and do medicine or something completely different. It was a great program with amazing teachers and fellow students and I feel really lucky to have had the opportunity to do it.

You really have been on an incredible journey prior to landing in Hobart. Did coming here feel like a big move, or quite easy because of your previous travels?

It was easier, because obviously I have Australian citizenship and there were no language or bureaucracy issues.  The TSO team was great in helping me find a place to live and making me feel at home. I was also thinking  we would be able to visit my parents in Canberra during school holidays and they could potentially come here to help if I had a touring week coming up – which obviously didn’t end up happening. My son really didn’t want to leave Canberra after having moved so much already, but after a couple of weeks at school here he completely changed his mind and is now determined to stay.

What have you loved particularly about Tassie, especially this year?

I’ve always been a keen runner and done a bit of orienteering, but I’ve really enjoyed doing orienteering in Tassie because we get to explore all the beautiful national parks. . My son and I also found out the rogaining events here end with the most amazing post-event supper, so that has been a good motivation. We even won our category in a recent rogaine with a run of 27km!  Although now that snakes are coming out, I’m  a bit more cautious about being out in the bush. We’ve also been heading up to a bed and breakfast called “Eagle’s Roost” in the North West in the holidays and it is just fantastic – the best breakfasts ever with beautiful Tasmanian produce!

Finally, despite all the unexpected changes this year, is there something that was especially positive in your first year with the TSO?

A big positive of the year for me was the chance to play far more small chamber music than I would have expected to as a tutti clarinet player. It’s been a nice way to get to know the other players and to learn to fit in with the TSO sound. Andrew (Seymour) and I have had the chance to do quite a bit of duo playing together, so I think we’ll be playing comfortably together as a clarinet section when full orchestral concerts come around again in 2021. 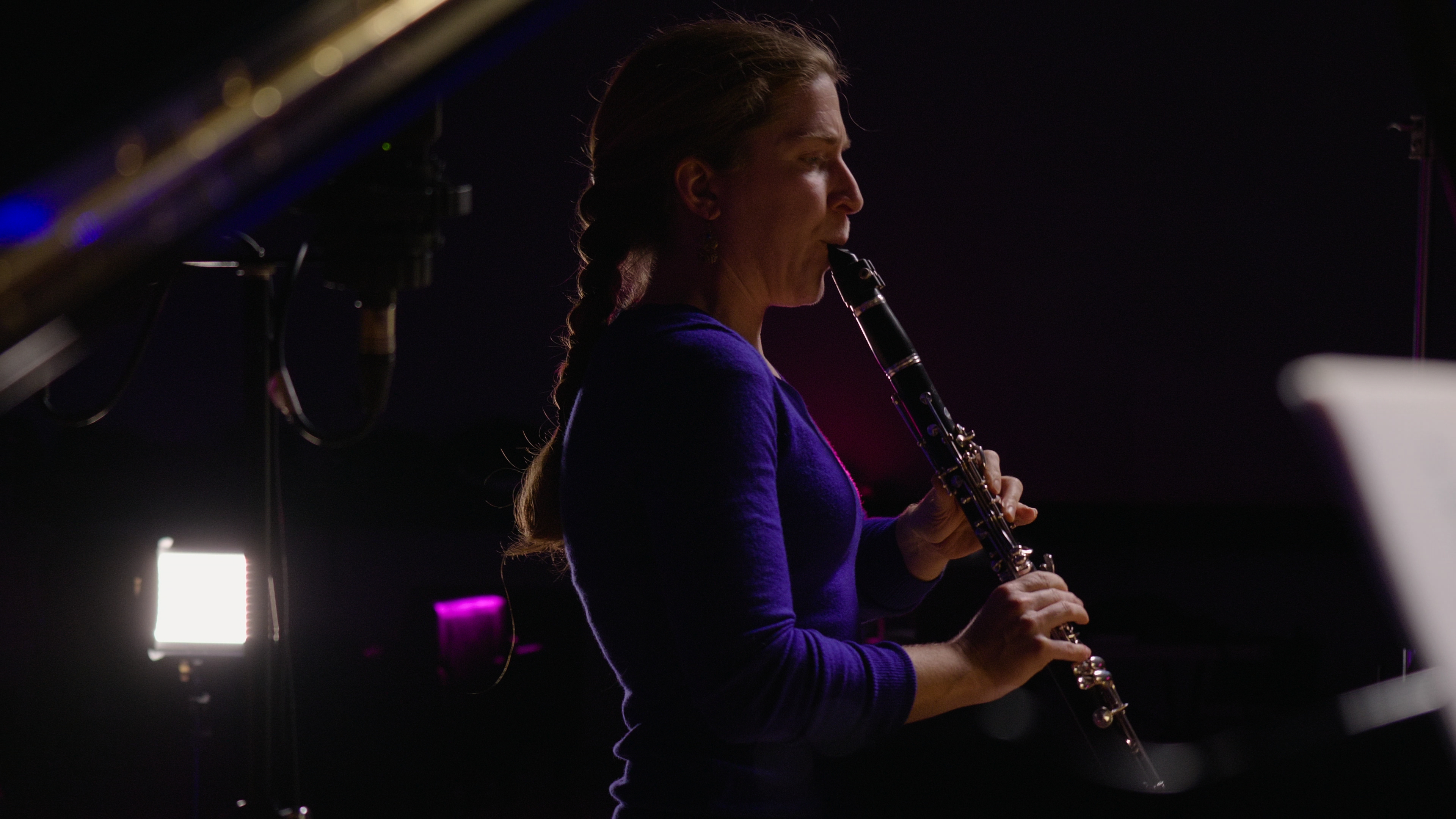