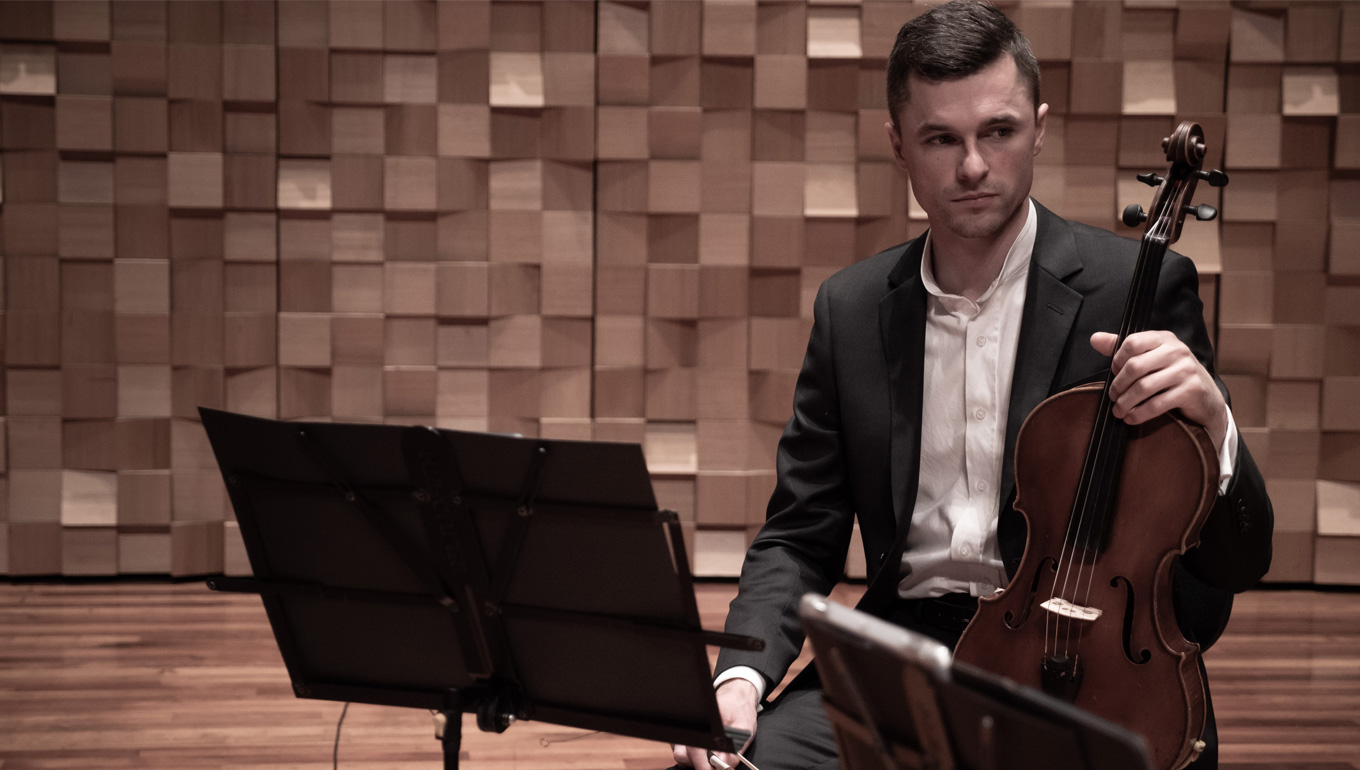 Close your eyes. Picture the musicians of the orchestra. What do you see?

When an orchestra performs live, its musicians are almost always adorned with this attire (and a few quirky additions, such as the waist-restricting cummerbund). Together, this combination is known as “concert blacks”.

Concert blacks look sleek and professional. While wearing them, the orchestra can appear as a united body. No bright colours or inconsistencies will distract the audience from the music. Far from being a simple fashion statement, concert blacks are intertwined with history and tradition. As such, they’re enforced through a strict uniform code.

The outfits can also be very uncomfortable. And they look a little…pompous.

Thanks to the Tasmanian Symphony Orchestra’s uniform committee (yes, such a committee exists), this is all about to change. In 2020, men’s concert blacks are about to give way to a simpler and more relaxed look: black suits with white collarless shirts.

Though it doesn’t affect everyone in the orchestra (women maintaining a more flexible choice of attire), this update is anything but trivial. In fact, it goes right down to the representation of the TSO’s character – portraying its ability to welcome change, despite long-held tradition among orchestras the world over.

TSO Principal Bass Trombone Mitch Nissen (who you’ll recognise as the host of Daily Dose) was one of the players who initiated this change, alongside violist Douglas Coghill; as well as Principal Timpani Matthew Goddard and Principal Oboe David Nuttall who joined them on the prototype team.

According to Mitch, a combination of audience feedback and “internal rumblings” among orchestra members led to the creation of the uniform committee, which would extend a critical eye towards what the players wear. The issue at hand was how to wear physically comfortable clothing during a live performance while continuing to meet audience expectations.

“This quickly transformed into a discussion about why we wear such old-fashioned attire,” Mitch says.

So why do orchestras wear traditional (and complicated) concert blacks?

Though Mitch has studied classical music across Australia, Europe, and the United States, even he is left feeling a little bit stumped by the question.

“To be honest, I don’t know a great deal about the ‘concert black’ history,” Mitch confesses. As he understands it, classical musicians were historically the employees of the wealthy – and therefore needed to “blend into the background in a respectful way, with deference to the patrons who were often wealthier and better dressed!”.

It’s a common theory; though, there are others – that orchestra members would wear formal eveningwear as a display of etiquette during night-time concerts; that they would dress up to the nines because they performed at the most formal occasions of the most elite classes.

For the TSO, the “gentlemen of the orchestra” have so far performed while wearing the following articles of clothing. As Mitch communicates, some of these items were “specifically designed by the upper class to conceal the form beneath”:

Of course, the “ladies of the orchestra” are already permitted more flexibility when it comes to dress code: they can wear a range of attire, “as long as it’s black, long, and formal”. (An added benefit for women is that they can avoid an “incredibly convoluted way of dressing up an often-overweight gouty aristocrat!”.)

“As orchestras became less the playthings of the rich and powerful – and transferred into public organisations – the continuity of history, which we inherit through the music, just led to an acceptance that what has always been should be the case going forward.”

The new uniform prototype is a step away from the…well, gouty – and a step into the 21st Century.

“I hope that it will bring a freshness and vitality to us as performers – and to the audience as well – to remind them this is not static history, but living history that has vitality,” Mitch says. “We are not a relic of the past. We are a living, breathing, singing mirror to the society that we live in here and now.”

Marking the occasion, the TSO will officially dress up (or, down) for its new virtual concert series. Kicking off in October, Friday Night Live will see these musicians performing their first-ever live streamed events – a big change from their usual Federation Concert Hall occasions.

“The TSO has made an incredibly impressive and rapid transition into the online music space. And the upgrade in uniform reflects this metamorphosis of the TSO in such a short time.”

In Australia, very few orchestras have braved such major organisational changes. Mitch feels this signals that the TSO “isn’t afraid to change and move with the times, without letting go of who we are and who we want to be”. 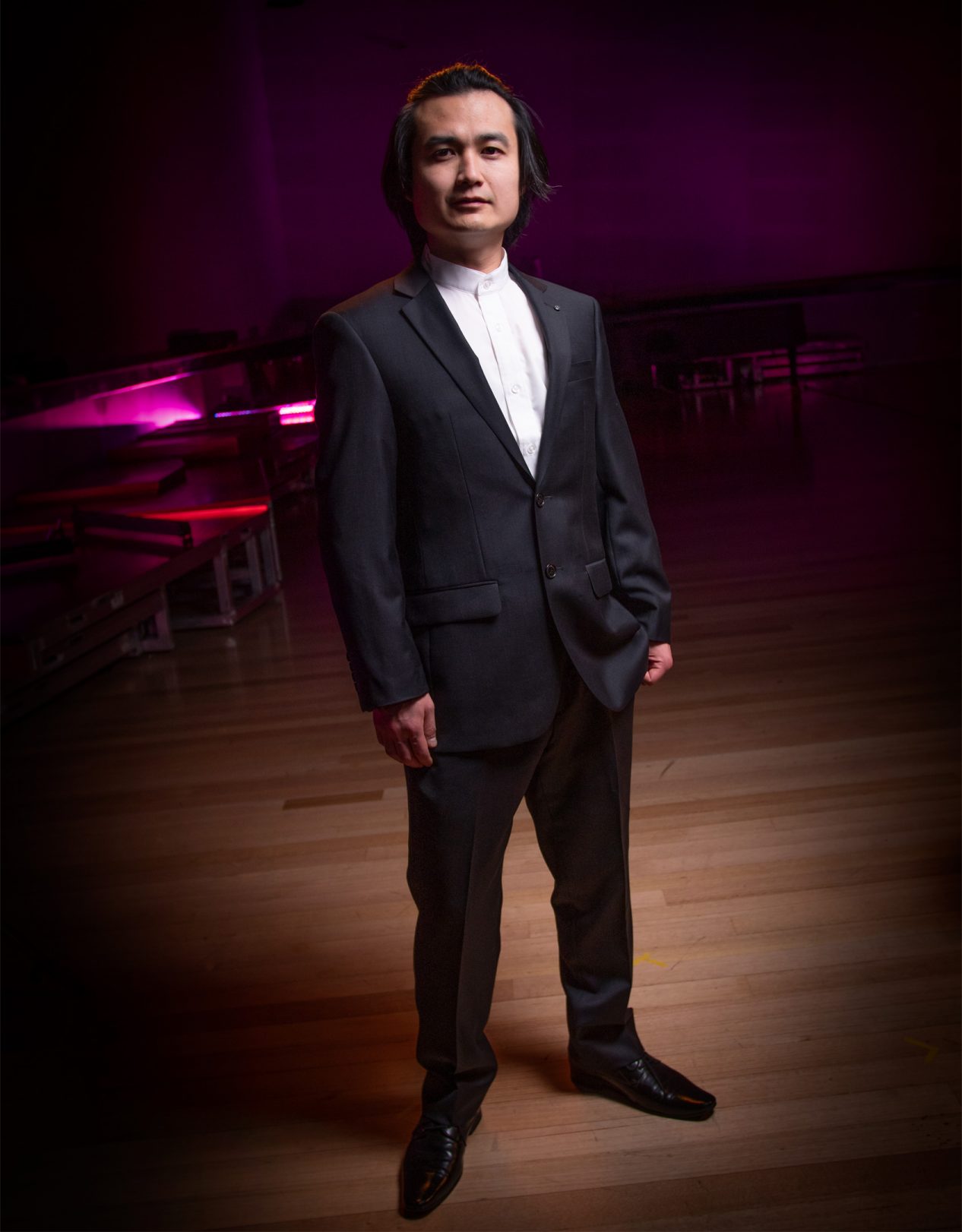 Also commenting on the change, TSO CEO Caroline Sharpen praises the new-look uniform – not only because it will feel more comfortable for instrumentalists, but because it will send a positive message to the concertgoing community.

“The TSO is sharp, confident, at the top of its game; yet it is always present, welcoming and familiar,” Caroline says. “This is Tasmania’s orchestra. We exist for our community, and there’s a place and an access point for everyone.”

Mitch and Caroline agree that tails are uncommon in almost every other contemporary setting. Mitch notes that “all the extraneous bits of fabric” have gradually been eliminated from men’s fashion throughout history to create a more streamlined and less excessive look today. Therefore, as Caroline complements, it “feels more authentic and true to our vision to ensure that all aspects of our concerts engender a sense of welcome and relatability – particularly for younger audiences.”

Mitch, among colleagues in the brass and wind sections, is used to feeling discomfort when engaging in the deep breathing necessary for his performance. In the string section, it becomes a matter of flapping fabrics and awkward bow ties, which are sometimes forced to compete with chin rests on the instruments.

“I’m really looking forward to saying goodbye to the cummerbund,” Mitch says of this traditional item that’s wrapped around the waist on men’s uniforms.

“I’m sure the comfort and freedom of this simpler attire will make the experience of performing less restrictive, and perhaps that will lead to a gain in musical and expressive freedom, too!”

If such a small change in men’s uniforms can make such a big impact on an orchestra and its live performance atmosphere, one might wonder why uniforms are necessary at all. Though it may appear a rigid rule of performance, it nevertheless adds to the experience and enhances musicians’ ability to communicate their intention to concertgoers. 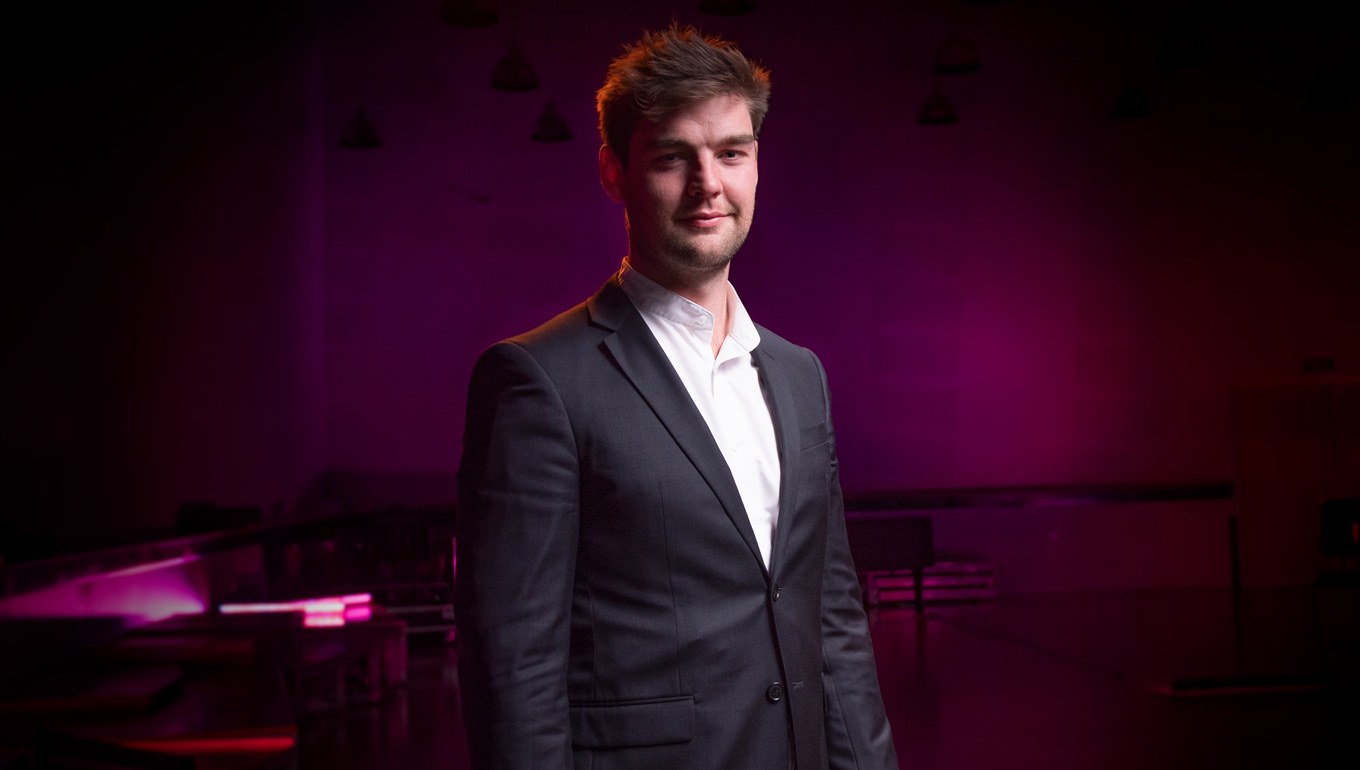 “It immediately signals to our audience that we take the music, and the audience themselves, seriously,” Mitch says.

Still, musicians look forward to the day the Friday Night Live performances herald a fresh, cummerbund-free era for the orchestra.

“This is the right time to step into the internet streaming music space with a fresh look and say: ‘Hey! Here we are! We are Tasmanian, we are unique, we do things our way. We are old and we are new, we are vibrant, we are versatile, and we are full of vitality. Just you watch, it’s awesome’!”

Visit the TSO website to stay up to date with the Friday Night Live performance schedule – and keep your eyes open for the players’ new look!