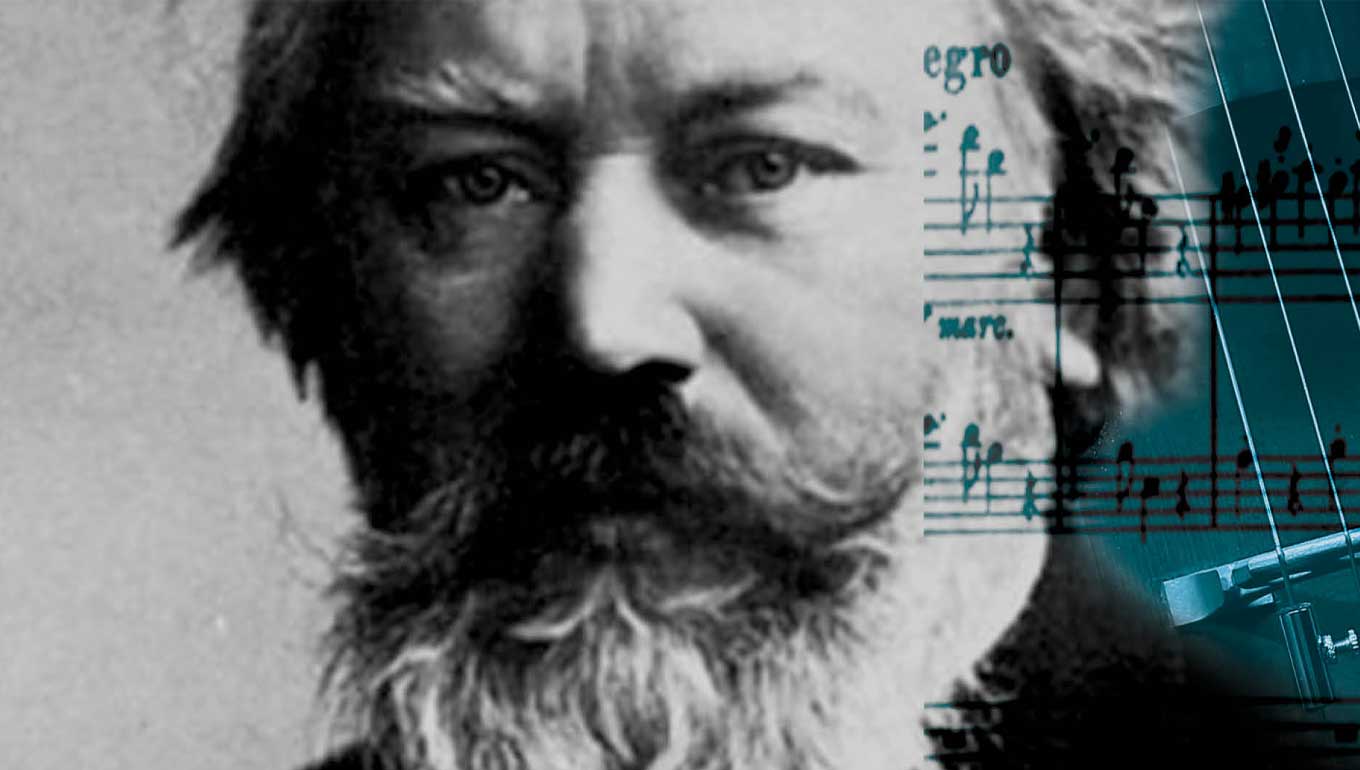 Five things you might not know about BrahmsBy Stephanie Eslake

It may be a big year for Beethoven, marking his 250th birthday. But out from under his shadow emerges an equally beloved composer: Johannes Brahms. And this year, the Tasmanian Symphony Orchestra is performing plenty of his music – even dedicating an entire festival to him.

So before you listen to Brahms performed live, here are a few things you mightn’t have known about the 19th-Century German composer.

It’s common for musicians to land their earliest gigs in venues such as restaurants, pubs, and dance halls. That’s exactly what Brahms did too, back when he was a teenager.

However, the more candid historical accounts of Brahms’ life reveal that he also performed in brothels (today a less-common launching ground for one’s musical career).

Indeed, Brahms’ father would “drag him from bed to play for dancing and accompany obscene songs in the most depraved dives”. These early experiences haunted Brahms throughout his life.

As he grew older, though, he found more solid ground through his performances as a pianist, conductor, and choir director – and, of course, as a composer.

2. He was obsessed with reading, and collected a whole heap of books and manuscripts

If you think your bookshelf at home is impressive, you’ve got nothing on Brahms. He loved to read. When he was a kid, he’d use his pocket money on library subscriptions. He read books while performing (back in those sailor pub days), took full advantage of his ability to access the Schumanns’ own library, and even spent his summer holidays with his editor friend Widmann in Bern.

(One historian notes that, in the 1880s, Brahms would visit Widmann “with a large leather travelling-bag in which to abduct as many books as possible from the house of that widely cultured writer”.)

Beyond books, Brahms also collected manuscripts – and had musical first-editions of Bach, Mozart, Beethoven, Schubert, and his old friend Schumann. (Yes, that would be the collection of a lifetime.)

Because Brahms had collected so many incredible items – including his own notes and letters – he wanted to make sure they wouldn’t all be lost to history. So they were homed in the Gesellschaft der Musikfreunde archives.

As of 2005, this collection was recognised by UNESCO as a documentary “heritage of humanity”. 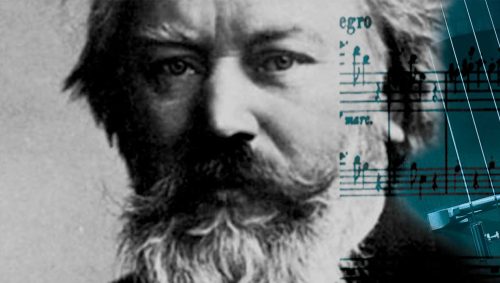 3. Like composers of today, Brahms also had to compete with dead people

When Brahms was 20 years old, 3 out of 5 works performed at the orchestra were penned by dead composers. Another 20 years on, and it was 3 out of 4. As musicologists note:

“Brahms fully understood what it meant to compose for audiences whose tastes were formed by the classical masterpieces of the last two centuries: one had to create pieces that were like those already enshrined in the repertoire in function and aesthetic yet were different enough to offer something new and attractive.”

So, Brahms drew from music of his own past, as well as his present, to create his compositions. That’s why you’ll hear influences of Romantic, Baroque, church, gypsy, and folk music – among others (including more direct influences of Beethoven, but we’ll get to that next).

4. Brahms was completely self-conscious about his symphonic works

“I shall never compose a symphony! You have no idea how someone like me feels when he hears such a giant marching behind him all the time.”

Classic Brahms, feeling self-critical and doubting his own work. That quote of his was from 1870; he didn’t want to write under the shadow of Beethoven.

Even into his 40s, Brahms had hardly written any works for orchestra. At long last, though, he composed his Symphony No. 1 in C minor, Op. 68. He finished it in 1876 (after slaving over the work for about two decades, with harsh self-edits along the way).

It’s not entirely removed from the influence of Beethoven, but is nevertheless his own. (Conductor Hans von Bulow was nevertheless bold enough to call it “Beethoven’s Tenth”.)

Once Brahms had finally broken into the symphony, he went on to write three more.

5. He was great mates with the Schumanns (and in love with one of them)

Robert Schumann played a part in launching Brahms’ career profile, talking up his fellow composer in print – and even scoring Brahms a publisher (so to speak). This love was returned when Robert was suffering from severe mental illness; Brahms helped care for the family.

Of Brahms’ care during this time, Clara Schumann wrote: “Brahms is my dearest and truest support; he has not left me since the start of Robert’s illness, but has accompanied me in all my trials, has shared in all my sufferings.”

Still, Brahms was not without his own sufferings – and in 1855 wrote to Clara: “I can do nothing but think of you… What have you done to me? Can’t you remove the spell you have cast over me?”

Brahms was undoubtedly in love with the composer-pianist (here, you can find a beautiful article detailing their romantic letters to one another).

If you’d like to hear Brahms performed live, visit the TSO website to keep up to date on events.