The Heyward Prize celebrates the immense contribution TSO Managing Director Nicholas Heyward has made to the furthering of Australian composition during his 17 years at the helm of the TSO. Under Nicholas’s leadership, a commitment to Australian music has become one of the defining features of the TSO. This commitment can be found at the core of TSO strategic planning and in all activities the TSO undertakes.

When Nicholas announced his retirement last year, Dr David Rich, Chair of the TSO Board, made the following comment in Limelight Magazine on the 2 March 2018: “During his tenure as Managing Director, Nicholas has realised a vision for the TSO which has positioned the orchestra as central to the cultural life of Tasmania”.

The TSO is proud to honour Nicholas with the Heyward Prize. It is our hope that the impetus and excitement this opportunity generates may reflect the enthusiasm, optimism and love for all things Tasmanian that Nicholas shares with us all, every day.

Congratulations to Wayne Neilson who was awarded The Heyward Prize by Nicholas Heyward on Sunday 25 August at the Colours of the Saxophone concert. 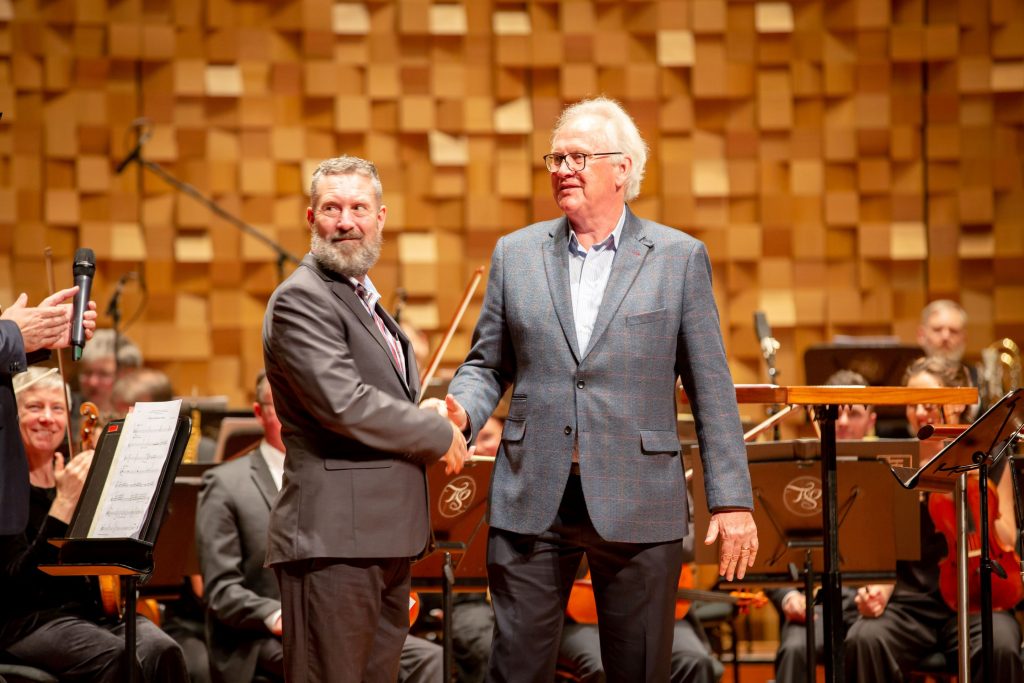