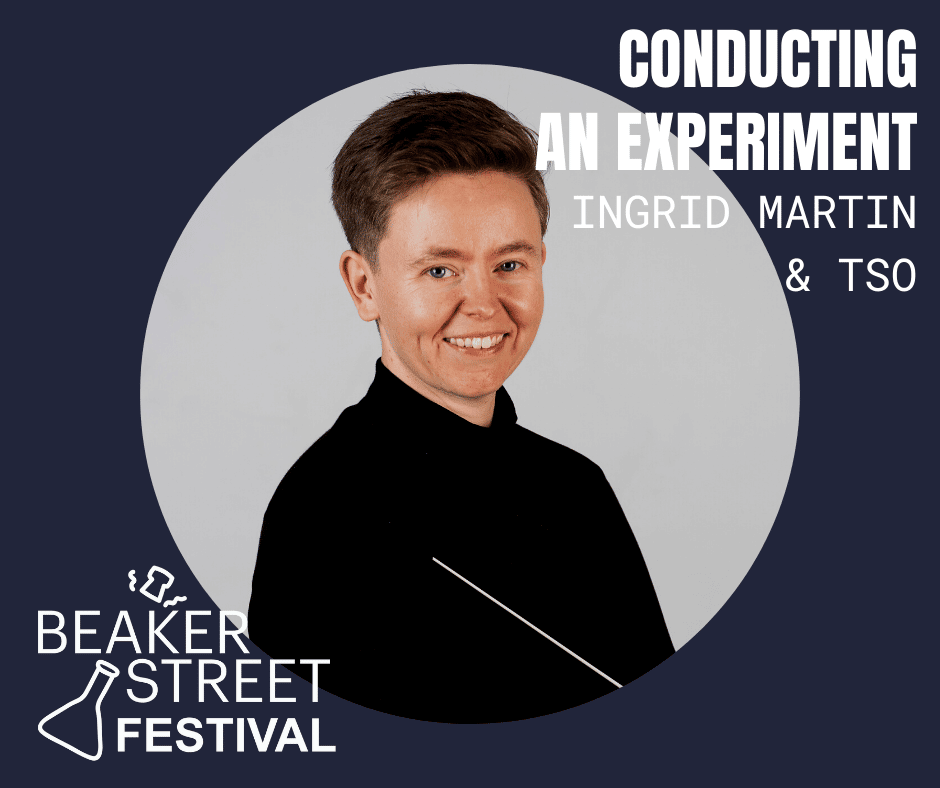 Is conducting a science? 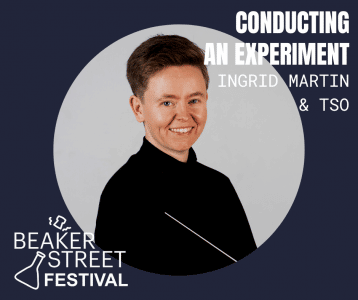 Is conducting a science?

If you tuned into the ABC News Breakfast segment featuring Melbourne conductor Ingrid Martin, you’d be inclined to answer with a big “yes”. On July 8, Ingrid gave host Lisa Millar a crash course on how to lead a chamber ensemble. Cool, calm, and collected was Ingrid. Grinning, awkward, and completely out of her depth was the host as she waved the baton, yielding from the musicians something that eventually resembled Beethoven.

All in good spirits, this was an obvious example of how “what audiences see in a concert is just the tip of the iceberg”, to use the words of Ingrid as she describes the conductor’s role in an orchestra.

Ingrid, who will visit Tasmania to lead an event called Conducting an Experiment, believes this art form is dependent on the “science of attention, awareness, body language, and psychology”.

With all this in mind – and baton in hand – it seems only natural the event will take place in a venue that connects science with art (the Tasmanian Museum and Art Gallery), and as part of the island’s most exciting annual science event (Beaker Street Festival).

Expert musicians from the Tasmanian Symphony Orchestra form an essential element: the compression and rarefaction of air molecules to produce sound waves. (That is, they’ll make the music.)

A former doctor, Ingrid is well equipped to connect the dots between music and science. But this didn’t always come naturally to her.

“When I was growing up, I had this false, superficial idea that science wasn't creative, and the arts weren't analytical,” Ingrid says.

“Through my work as an emergency doctor, I realised that creative problem solving and inventiveness are absolutely at the core of science and medicine. Likewise, artists don't get very far without the ability to be analytical, critical thinkers.

“Rather than getting stuck on the separateness of each discipline, for me the more interesting discussion is how we bring ways of thinking across disciplines to make us richer and stronger thinkers and creatives.”

Ingrid opens the door to a broader discussion – one that gets right to the heart of Australia’s education system: should we embrace STEM learning (science, technology, engineering, and mathematics), or acknowledge the value of the arts through STEAM?

Beaker Street Festival executive director Margo Adler had also considered the relationship between art and science during her childhood. Her uncle a conductor, she felt “fascinated by his role up there on stage”.

“What exactly is all that baton-waving about? How do the musicians read the music and watch him at the same time? What would happen without a conductor?” Margo recalls wondering.

Now, with a background in evolutionary biology, she encourages others to ask similar questions through Beaker Street Festival. She has facilitated the event for six years, and says it has expanded her understanding of “what science is, and who should be considered a scientist”.

“In my opinion, there's science in almost everything, and when you dig deeply into any field, you'll discover the inner workings are complex and fascinating,” Margo says.

“When you look at something like conducting, it's nearly impossible to understand how it works without an expert to explain it – and conductors are as expert as they come. They need to know the intricacies of every instrument in the orchestra.

“Their sense of timing, of rhythm, of feeling in the music has to be so ingrained that they can imagine it and then communicate it to the musicians. It's quite incredible.”

It certainly takes a lot of work – and like any science, the experiment doesn’t always end in success. The event page for Conducting an Experiment reveals that audiences will learn how conductors respond “when things go horrifyingly wrong in performance!”.

Ingrid says one of the worst fears among performers is needing to stop the music and start again. While this happens rarely, audiences can’t hear the near-misses that do happen in concerts, which conductors must resolve in real time.

“Often, this is where the conductor is most critical in trying to bring everyone back in sync again. However, it's very difficult to practice these scenarios, so you often only learn how to deal with them in the moment, under pressure, in performance,” Ingrid says.

“Conductors have to train our physical movements to be second nature so we have enough attentional bandwidth to really listen to the sound. We also have to develop an awareness of not only our movements, but how others perceive and respond to them.

“Like any leader, lots of our job is psychology and making decisions about how to bring out the best in the people in our team – even if we've just met them and have to do a gig three days later. There are lots of surprising parallels between these conducting challenges and my past career as a doctor, which we'll be exploring too!”

When you attend Conducting an Experiment, you’ll have the rare opportunity to experience this scenario: meet some of the TSO’s professional players, perhaps for the first time, then conduct them through your own interpretation of the music. You will feel that unique connection between “body language, emotion, and how that changes the sound of an ensemble”.

“My dream is that this experience has impacts beyond just music. I want to give people new insights into how they communicate in their day-to-day lives, and what they could do to influence that,” Ingrid shares.

“Also, it's such a thrill to move and hear the musicians respond. I want everyone to feel that rush!”

Attend Conducting an Experiment with Ingrid Martin and musicians from the Tasmanian Symphony Orchestra as part of the Beaker Street Festival. This event starts at 7.50pm August 6 in the Tasmanian Museum and Art Gallery.