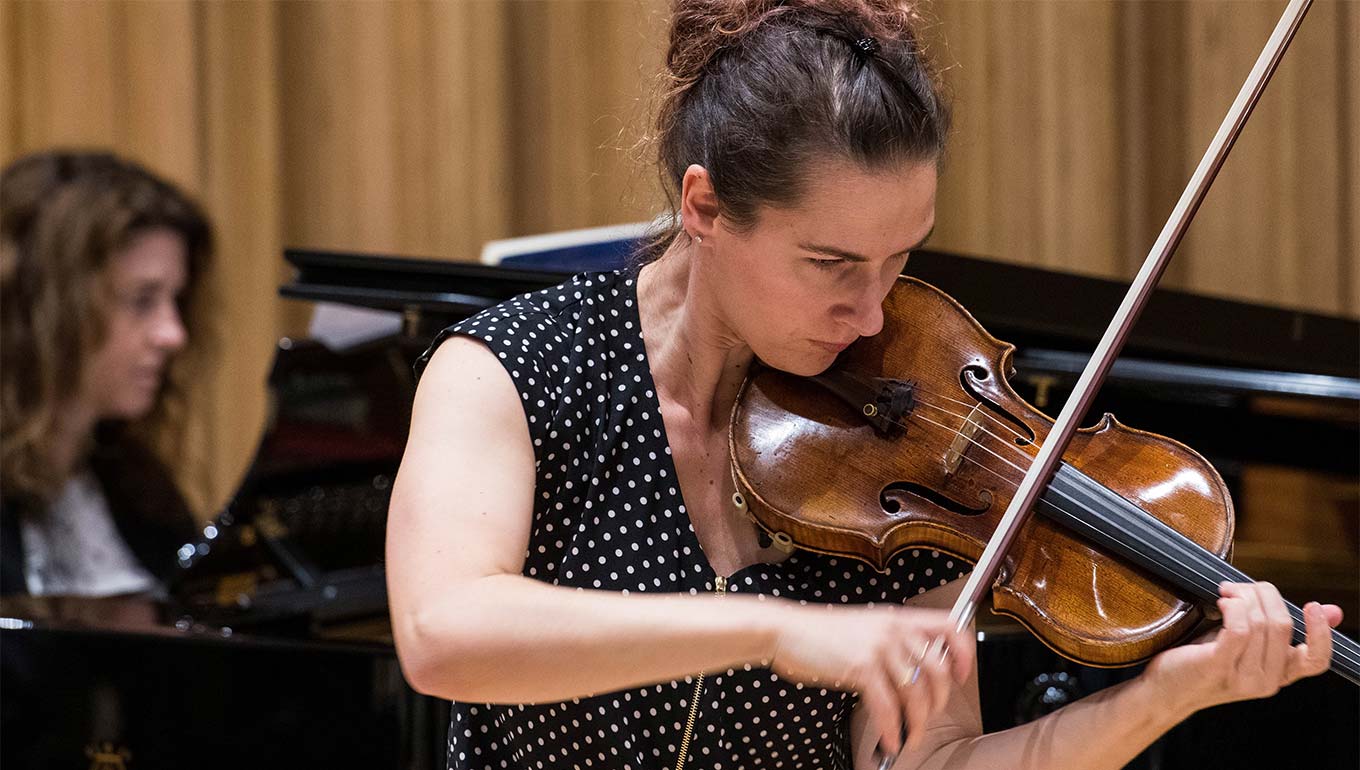 Ever wondered what it’s like to audition for the TSO?

We spoke with our Director Operations, the unflappable Jacqui Walkden, to find out what happens in the ‘secret world’ of TSO auditions and what a musician needs to do to win the coveted job.

Thanks for chatting with us Jacqui!

How likely is it for a musician to win a permanent job with a symphony orchestra in Australia right now?

It really depends on the instrument. The more specialised the instrument the fewer jobs that come up. For example, there are currently only 8 professional Symphony Orchestra Tuba positions in the country, so you need to hope that you’re in the right generation for a job to come up - and that you are hitting your straps on the day of the audition.

I’m curious to know what happens on the day of a live audition?

We have a series of rounds; every round is potentially an elimination round. So, if we hold an audition and 30 people apply (we accept all applications) and 25 turn up, they all play in the first round. The panel choose what will be played in the first round, it’s usually a mix of a concerto with piano accompaniment and orchestral excerpts.  Once all applicants have played, they vote for who goes through to the second round. Hypothetically it can be as low as 2,3 or 5 players who get through to second round.

Round two the candidates get to play for longer, and sometimes they’ll go to a third or fourth round and by that point the panel will decide if we have an appointment or not. It’s the same amount of work whether we appoint, or we don’t.

Can you give us an example of a recent audition?

Sure, at our Associate Concertmaster audition in August this year only one person made it to the final round. After they played, the panel requested they come back and play excerpts with a few changes - like playing more ‘off the string’ and a more ‘dynamic range’. The candidate then presented these changes to the panel, allowing the panel to see how adaptable they are: this is often mirrored by conductor requests in rehearsals and is an important part of orchestral playing. The panel then took another vote and an appointment was made at that point.

Is it true that orchestras hold blind auditions where musicians can’t wear shoes?

We do, but every orchestra’s different. We call them ‘screened auditions’ and we guarantee that the screen is up for at least the first round. All candidates are anonymous and identified with a number, then if they don’t get through, they stay anonymous. We do this to protect them, and the panel, as sometimes there’s a conflict of interest - like you might discover a relative on the other side of the screen… yes that’s happened!

We tell them not to do anything that can identify themselves, like talk or cough, and occasionally some females will choose not to wear shoes as they feel that this may reveal their gender. I see this less often these days, but it does still happen.

Who sits on the panel?

It changes for each audition, but will consist of a number of TSO Principals and Tutti players from the relevant section. It is also a player driven process that is itemised as part of the Appendix in their EA. The Section leader will choose the set piece/s and orchestral excerpts and this information is released to the candidates ahead of time, so by the day of the audition the candidates will have spent many hours practicing.  If it’s a Tutti position or a Principal within the group – but not a section principal – the Section Principal makes those decisions on behalf of the panel. When it’s a Section Principal position we’re auditioning, we’ll pull the panel together and they decide if we bring in an external specialist. The specialist can help choose the excerpts and attend on the day in a non-voting capacity.

I’ve seen a few auditions this year for our Principal First Horn and no one appointed, can you explain why that is?

Several Australian orchestras have had trouble filling this role locally, so we now have players coming from overseas to fill the positions. The TSO has held three auditions in the last year and the difficult thing for us is that we don’t necessarily play a lot of repertoire that appeals to a high horn player - like Strauss and Wagner. The type of player we’re looking for is more specialised again, who will suit the repertoire that the TSO is known for, such as Beethoven, Haydn or Schumann.

Sounds like there aren’t many Australian horn players to choose from, why do you think it’s so limited?

While we do have a number of these players in Australia, we lose a few to overseas orchestras as they go there to study and at the end of that time get jobs abroad.  The reality is, we lose a lot of players because they were never given the opportunity to start playing an instrument in the first place. Not everyone who plays an instrument comes from a musical family where the parent creates opportunities for their children to develop their music abilities. Learning some instruments (such as piano and violin) at a very young age, and others such as oboe and bassoon, helps the body be more developed. Quite often by the time a player settles on an instrument, they will have already played one or more instruments. Australia’s lack of players - on some instruments - is due to instrumental and band programs in Primary Schools being cut, either due to a lack of funding or a lack of understanding as to why music education is important. Most Australian orchestral musicians today played as part of a school band program, it’s an important thread in establishing their love of music and introduction to many different instruments.