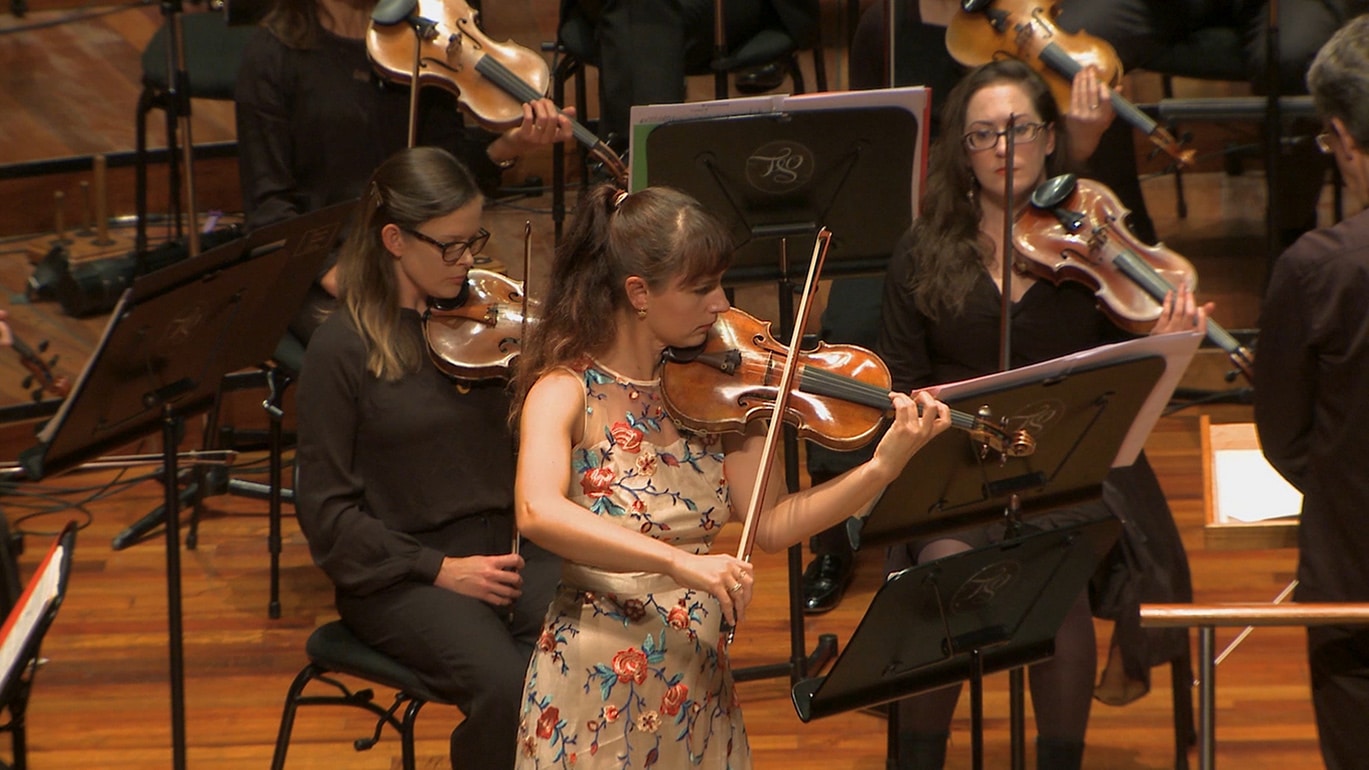 TSO Daily Dose is not the only digital content that we have been working on recently. With live concerts currently unable to proceed, the ABC are collaborating with national orchestras to showcase concert footage through ABC iView, bringing classical music to all Australians. We chatted to Simon Rogers, Director Artistic Planning, about the process of taking the TSO to this national platform.

ABC iView is such a content rich streaming platform – a definite go-to for many Australians when they settle in for the night. So how did this opportunity arise?

Our ABC Classic colleagues noticed the filmed content from our final two concerts (Brahms’ Requiem and The Lark Ascending) before COVID-19 lockdown on The Daily Dose.  Fortunately, they were very impressed with the quality of our camerawork and editing and approached us to see whether we would be interested in making this footage available to iView.

We were, of course, very interested in this, especially as we could then bring Emma’s and Eivind’s expressions and connections with the orchestra, something not normally able to be seen by the audience.

How has preparing The Lark Ascending for iView differed from the editing process for TSO Daily Dose?

The editing was much the same, we just tightened up the transitions between a couple of camera angles and the beginning and ending of the file.  Overall the editing did take a painstaking amount of time - over 9 hours of work for a 15-minute piece!  This was almost entirely for the filming aspect as the performance itself from Emma, Eivind and the orchestra was essentially faultless.  It is a testament to the quality of the orchestra that they delivered in such a way, given that we lost rehearsal in bringing the performance forward by a day to ensure the (then new) social-distancing rules were abided by, there was no audience and it was an unsettling time for everyone.  We wanted to bring the same high degree of professionalism and attention to detail to our editing as the orchestra does to their performances, attempting to follow the musical line of each piece, profiling solo instruments at the appropriate time and also really trying to tell the story of the performance. It was a labour of love, and I can honestly say it was a true pleasure to work on this performance.

When recording these concerts, did you know that ABC would be in touch regarding adding them to their library?

When we filmed, we had no real idea what was going to happen next!  At that point in time, we were literally changing plans constantly. The day before the performance of Brahms’ Requiem, we had multiple Senior Management meetings and every time we met, a new announcement had been made and we had to discard the last plan. In the end, we made the decision to film the Brahms the day before the performance, so there was a lot to organise in that short time! It was similar with The Lark - we knew we wanted to film the performance (without audience) but we weren't quite sure how it would pan out or what exactly we would use it for.  It is enormously pleasing to look back now.  In a way it is a perfect illustration of what this past few months has been like - none of us would have known that this material could have been so useful nor that we would end up doing so many different things in our jobs, or working with our ABC colleagues to produce these concerts for streaming.

Do you think it is important for concerts to be accessible through platforms like this?

Yes, very much so. We were obviously delighted to be asked to provide the Lark for iView, which is a recognition by the ABC of its quality.  It has had many thousands of views online and is one of the most watched iView classical items. I think we will be seeing more digital performances of classical music in general in this new world order, although nothing will ever replace a live concert!

Will we possibly see more TSO performances becoming available to a nationwide (and international) audience through iView?

Yes, I expect we will.  We have been discussing possible projects for next year already.  I find this exciting as it is a chance for us to demonstrate to a wider audience our orchestra's quality. Each year, I am fortunate to travel overseas in my job to meet artists and research potential guests, attending concerts by some of the world's best orchestras. And each year I am proud to return and be reminded that the TSO plays even better. The question has been just how to let the rest of the world know our secret - I think we now know a way we can get the message out!

A new TSO segment with highlights from the two concerts in lockdown has just been released on iView, featuring movements from Mozart Symphony No. 41 and the Brahms’ Requiem, conducted by Eivind Aadland and featuring soloist Siobhan Stagg, as well as The Lark Ascending. You can find these performances through iView here.