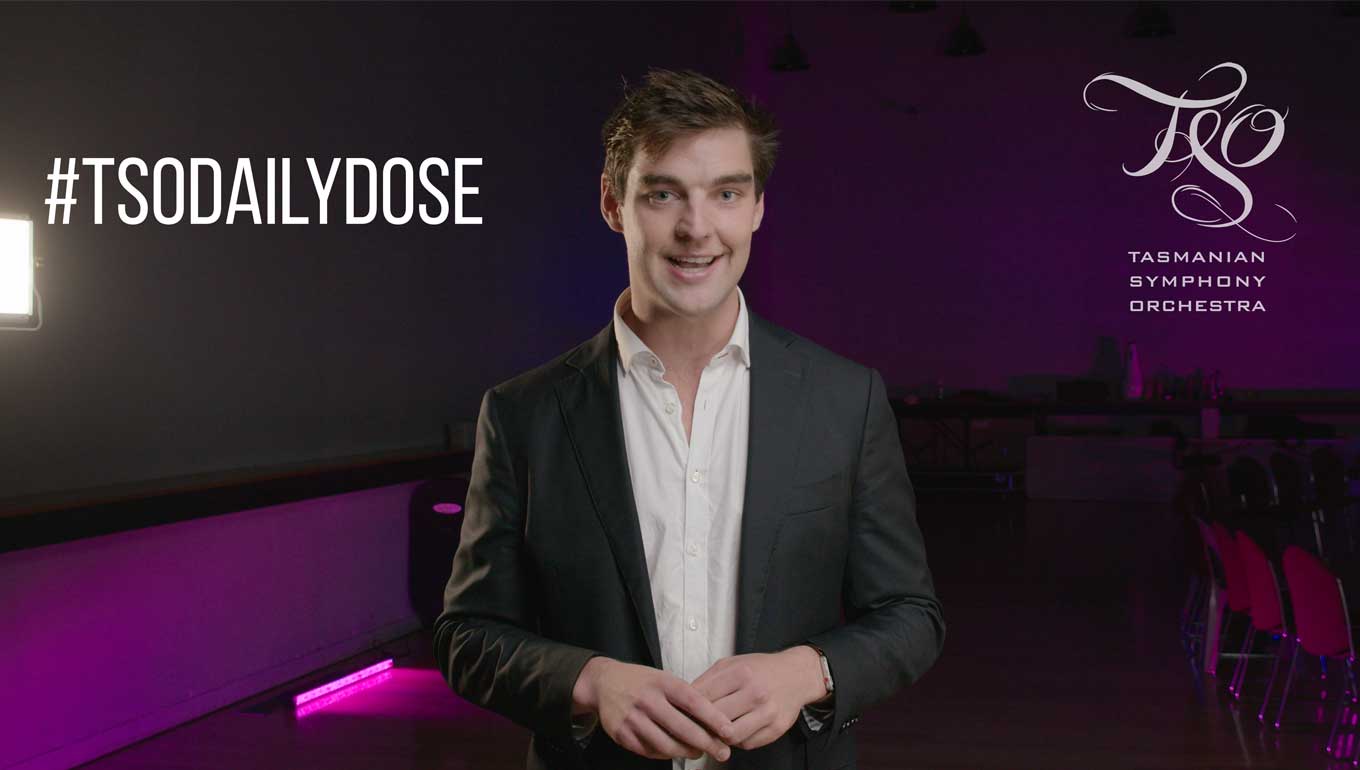 A few days before the Australian government enforced its widespread COVID-19 lockdowns, the Tasmanian Symphony Orchestra realised things were about to change – and fast.

TSO Principal Bass Trombone Mitch Nissen said the orchestra’s management was ahead of the game, “and put to the musicians their plan for how we can operate as an orchestra under a pandemic”.

Such rapid and global change – not only to the arts industry, but to every industry – may have presented the perfect opportunity for panic. Instead, the orchestra got straight down to business, putting together a film team in less than a week and launching a new initiative called TSO Daily Dose.

In its earliest months, this video series has captured the interest of thousands of music lovers – and Mitch is always at the forefront to offer hope (encourage you to “keep calm and sanitise”).

“It was really quite amazing how quickly they got on it – I’m very proud that TSO was so proactive,” Mitch says.

“We had these wheels in motion before any other orchestra, which is a great boon for the smallest orchestra in the country! We have an amazingly agile team behind us.”

The concept of the TSO Daily Dose is one that sees the orchestra’s players and guests coming together for filmed interviews, music making, and behind-the-scenes action. It sees the orchestra reaching out to its audiences in an inventive way, which it may not otherwise have thought to do had the pandemic not been declared. For this reason, Mitch feels it’s “a strange silver lining of this whole situation”.

Mitch’s interest in being the face of TSO Daily Dose evolved from his front-and-centre role in the TSO Live Sessions. He’d stood up to speak to concertgoers at two previous performances in this series – one combining a smaller ensemble of TSO players to make music in St David’s Cathedral; the other bringing them together surrounded by food, drink, and conversation in The Hanging Garden.

“I thought that the TSO Daily Dose could be a digital re-creation of this vibe: an intimate connection with our wonderful supporters,” Mitch says.

The Live Sessions initiative is just a few years old, and it’s one of the many concerts series the TSO has needed to cancel from its 2020 program. It’s been a substantial loss for local audiences, not only due to the absence of music – but also the absence of musicians speaking about the music, and beginning to forge a new and more personal connection with concertgoers.

“I think that orchestras in general need to do a better job at priming their audiences for what they’re about to hear, and why we think the music is important and relevant – especially to bring outsiders into the classical music world.”

As the entire classical music world shifts to exist in the digital sphere, the TSO Daily Dose offers a way for the orchestra to step up, and continue building these meaningful relationships of discovery and enjoyment.

When you watch the videos, you would be correct to assume they have been designed for you. However, a perhaps unintended consequence of the TSO Daily Dose can be found in the way it’s changing the musicians’ perspectives of each other, too.

“I’ve discovered that our orchestra is made up of incredibly multitalented people who live and breathe music in a way that I never truly understood,” Mitch reveals. Through producing this digital content with his colleagues, Mitch has learnt they do more with their days than practice scales and parts for their upcoming TSO concerts. Instead, he’s learning how they’re building instruments and composing works of their own.

“It has really reminded me that although most of the music we perform is very, very old, the creative acts that sustain this artform are new and ever-evolving.” 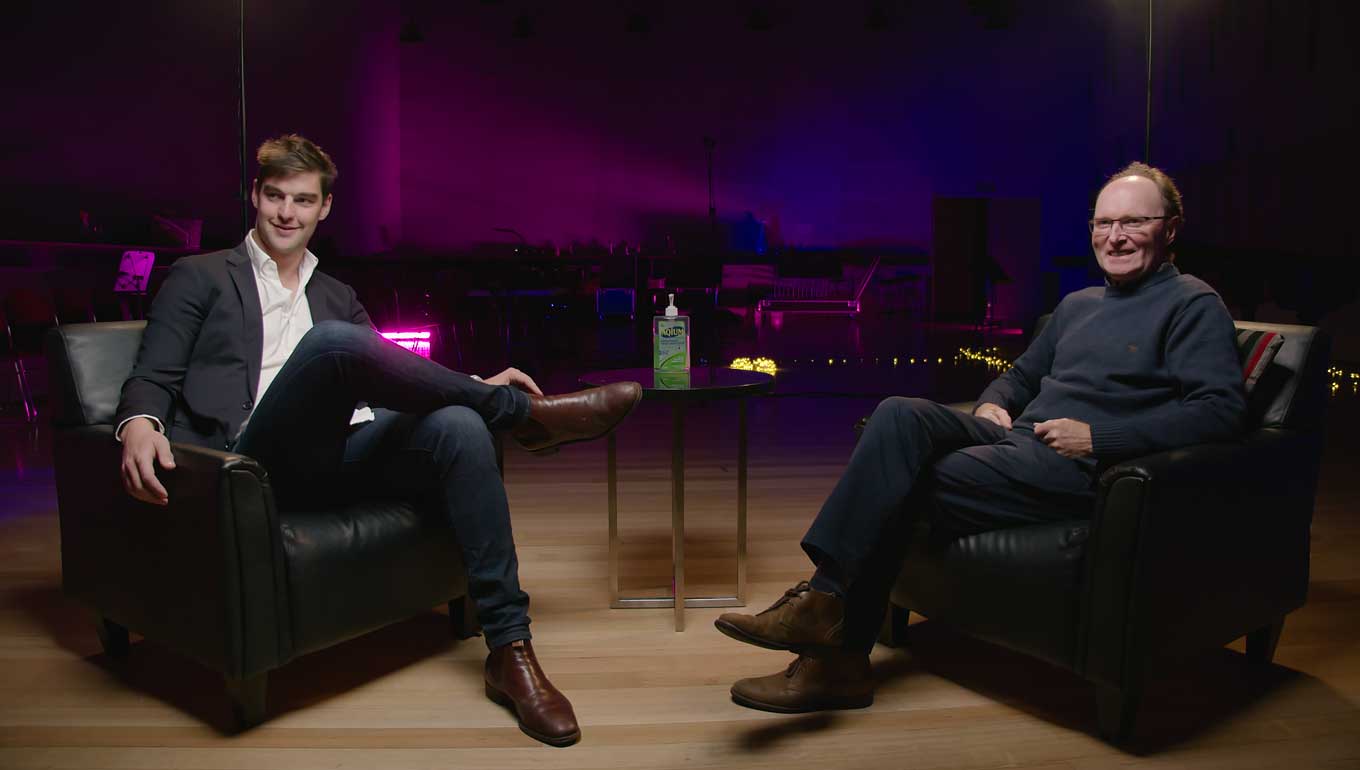 It’s a testament to the orchestra that its players can continue to produce creative works during a challenging and high-stress time – and these efforts shouldn’t be taken for granted, either. Mitch has himself needed to work on these daily videos while simultaneously pursuing his roles of president of the players’ association, TSO union representative, a teacher to students (now through Zoom) and, of course, maintaining his own regular instrumental practice.

With fellow musicians in the same boat, Mitch says “naturally, there is uncertainty at this time”. Importantly, he also highlights that these musicians are not only focused on their own challenges – but are looking outward into their community of players and listeners.

“I have been contacted by so many musicians asking, ‘How we can help and support our musical community at the moment?’. There is a great sense of pulling together to help get the TSO through this, and to come out in a strong position to put music back into the community as soon as we can.”

It certainly starts to paint a picture of why the production of TSO Daily Dose is just as important to the community of players as it is to those tuning in.

“It’s a lot of work, but there’s a lot of interest from the musicians and some great ideas from our artistic team. I think this will sustain us until the end of lockdown.”

Aside from the valuable content of the TSO Daily Dose videos, benefits can also be found in the process of producing them. In particular, the ability to continue working during the pandemic is providing a positive boost to the players’ mental health and wellbeing.

“We’ve all been finding it hard at the moment to feel useful when we can’t be with our audiences. At a time when we can’t perform as we normally do, it is nice to have an outlet where you feel like you can give back to your community.”

As a member of the TSO community, you too can give back: you can watch the videos. Enjoy them, and discover something new each day. You can also, to quote Mitch’s TSO Daily Dose mantra, “keep calm and sanitise”.

“I just want people to remember that even though the world has turned upside down, and there is so much uncertainty at this time, we aren’t powerless. We have control over how we react, and we have control over our bodies. [This can] really improve the quality of our moment-to-moment experience as we move through life right now.” 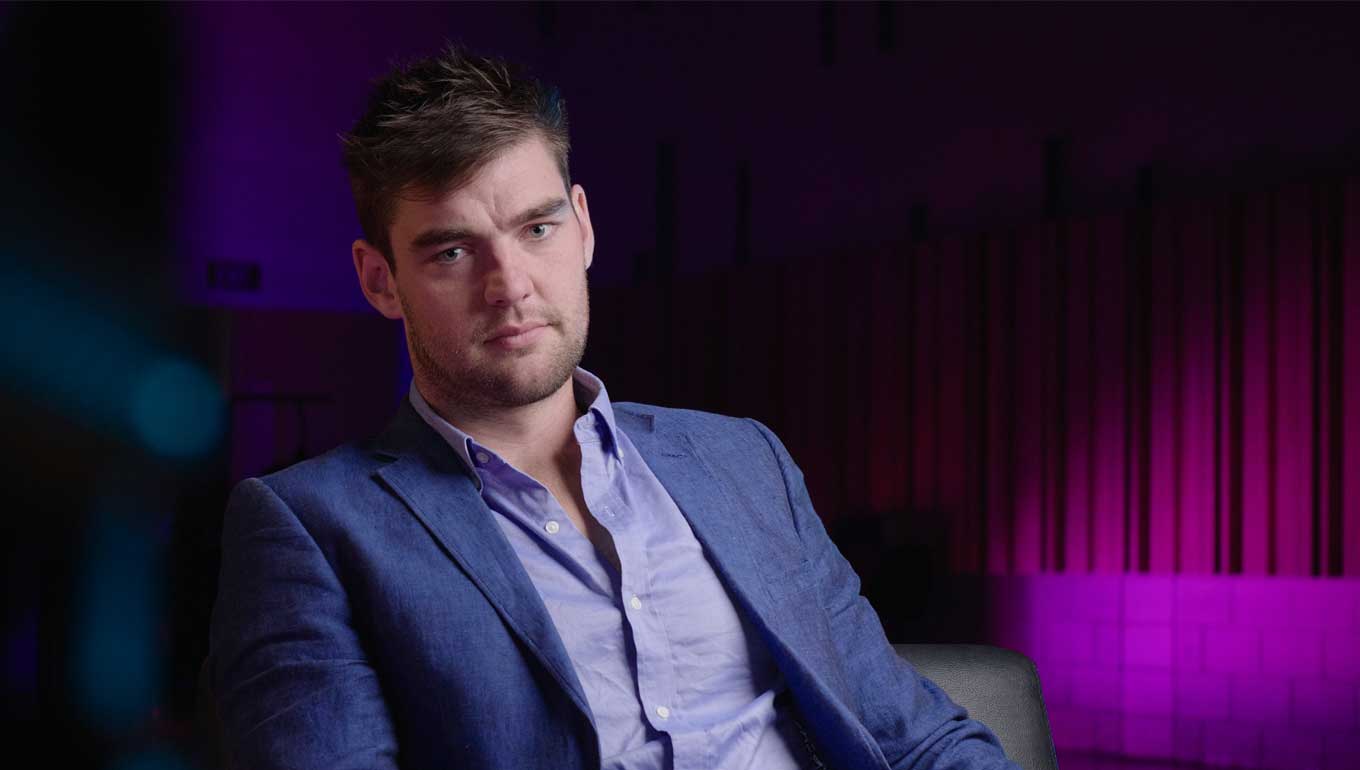 Read our interview with TSO Daily Dose digital producer Caleb Miller to learn more about how these videos are created behind the scenes.