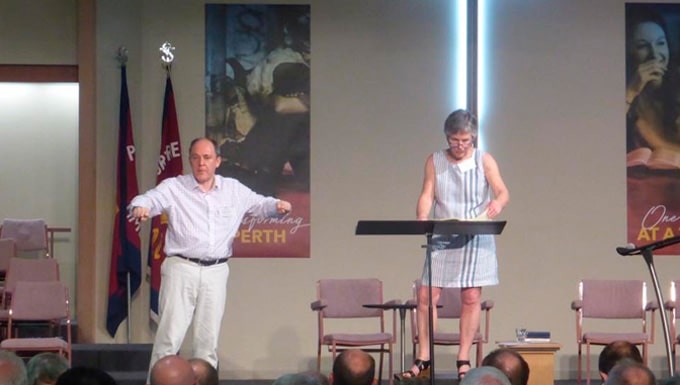 One thing the TSO Chorus likes to do even more than sing, is to travel and sing.

So we’re delighted to be in Perth, Western Australia this week to renew our friendship with the WASO Chorus, as we prepare to sing Verdi’s Requiem (described as “Operatic in its earth-shaking intensity”) on Friday and Saturday nights this week, under the baton of Maestro Asher Fisch.

We were last here in 2011 to sing Belshazzar’s Feast – a collaboration that some members repeated in 2012 in Hong Kong.

Since then we’ve sung three times in Sydney, once in Melbourne and in Berlin and Barcelona, with another performance scheduled in Berlin next year alongside eight of ‘the world’s best choirs”.

Who knew singing – which we do for the love of it – would take us around the world?

There are around 50 of us this time – the biggest contingent yet, led by Chorus Master June Tyzack and wrangled by Chorus Administrator David Horn.

On Monday night we had our first combined rehearsal – led by June – and were relieved to find we’d all learned the same notes, in the same order, and mostly the same rhythm.

What a phenomenal sound 150+ voices make in the Dies Irae!

June and WASO Chorus Master Andrew Foote high-fived over a shared commitment to vowels and the WASO Chorus provided a generous supper and opportunity to chat at the end of rehearsal.

Thanks too, to tenor Michael Kregor who always keeps us busy with an itinerary of sightseeing and dining opportunities, as well as documenting our events with his excellent photographic skills. 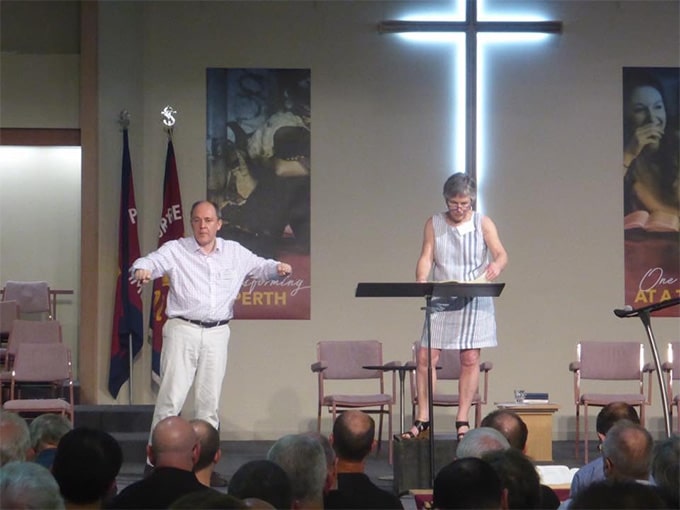