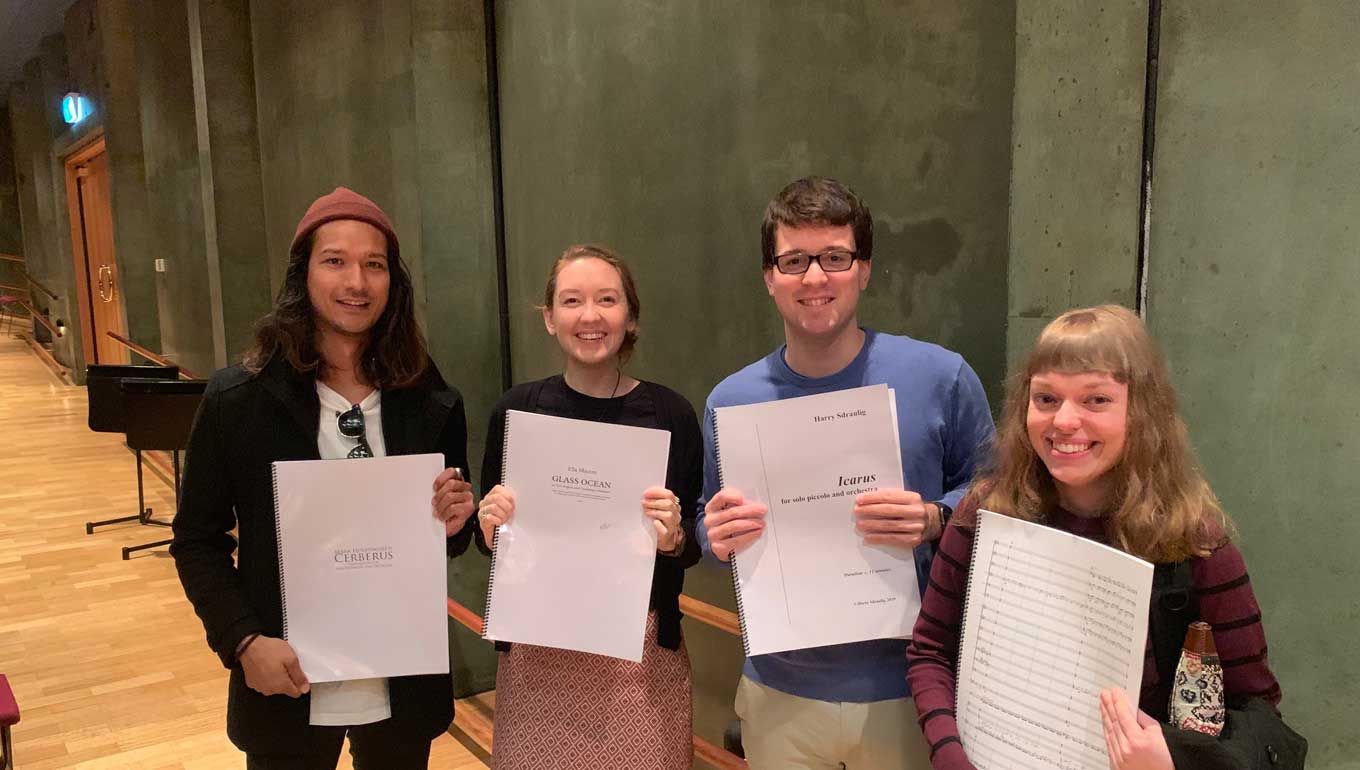 In 2020, APRA AMCOS introduced a new category into its Art Music Awards, designed to celebrate those who using music to make an impact on their community. The category is called the Luminary Awards – and the Tasmanian Symphony Orchestra is the first-ever organisation to be named a national winner.

On September 8, the TSO’s education programs were recognised through the inaugural Luminary Awards – National (Organisation), honouring the TSO’s sustained contribution to Australian artists throughout the past 3-5 years. 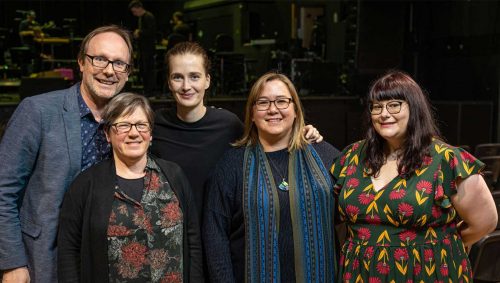 “I am thrilled that the TSO has been recognised for its efforts to train and support students, early career artists, and future generations of composers, conductors, and performers,” TSO Learning and Engagement Executive Jenny Compton says of the win.

“It takes a village to roll out all the programs and projects that the TSO provides – and the Luminary Award reflects the efforts of everyone working at the TSO, as well as the efforts of our many local and national training partners who are both organisations and individuals.”

The award specifically honours community impact achieved through “visionary leadership, fearless trailblazing, and engagement with their Australian art music repertoire” – all evidenced in the orchestra’s years of art music education and presentation.

“The TSO’s future is directly influenced by what it provides today,” Jenny says. “By investing in future generations of composers, conductors and performers, the TSO is constantly strengthening its foundation and nurturing its own exciting artistic future, and the future of Australian artists and arts organisations as well.”

Jenny has worked with the TSO for 6 years, the past 3-5 of which have been officially recognised through this year’s award – and have been filled with a substantial number of learning programs and activities. The TSO has held its Australian Composers’ School (ACS) for many years to train early career composers in writing music for orchestra. The program proved valuable for its participants, as well as the TSO team who engaged in discussions to better understand the needs of today’s art music makers.

Jenny describes the 2015 ACS as an event that would open her eyes “to the enormous problem facing early career composers at that time”.

“I realised that if the TSO was invested in training composers, it also needed to invest in their future by providing follow-up commission opportunities, whenever possible, that allowed the composers to continue developing their orchestration skills."

As a consequence, the orchestra commissioned its 2015 ACS participants to create new music for another project: TSO Songbook. This was recorded as an educational resource for primary schools.

The years following have also seen a continuation of opportunities for ACS participants. In 2017, composer Chris Williams was commissioned to work on Convict Monologues – a 10-month community collaboration that involved inmates and staff of the Risdon Prison.

“The biggest challenge for any early career artist is being given a first, second and third opportunity,” Jenny says. “Some arts organisations may see this as taking too big a risk, especially when funds are stretched thin. But for the TSO, providing these opportunities has resulted in truly inspiring outcomes.” 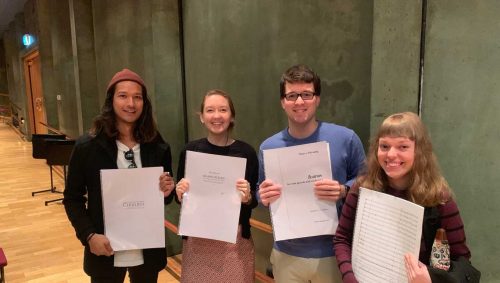 The ACS program has evolved so successfully that its 2018-19 round was nominated for an additional award – the APRA AMCOS 2020 Art Music Awards’ Award for Excellence in Music Education. Major players in the Australian music industry were involved in this program, including its director Matthew Hindson, conductor Elena Schwarz, and tutors Natalie Williams, Paul Stanhope, and Jessica Wells.

“This particular program encapsulated so many things that reflect the aspirations of the TSO: striving for new artistic heights, welcoming new collaborative partners, encouraging its own musicians, and not being afraid to give an existing program a radical makeover,” Jenny reflects.

“The artistic outcome was truly out of this world!”

Even younger artists have benefited from the TSO’s numerous training programs, each of which contribute to the broader Luminary Award backstory. In 2016, Jenny – with Tasmanian composer and university educator Maria Grenfell – started up the TSO Composers’ Project, a partnership between the TSO, the University of Tasmania Conservatorium of Music, and a different “inspiration” partner each year. These inspirations included the Tasmanian Museum and Art Gallery, National Trust Tasmania’s property Runnymede, the University of Tasmania Institute for Marine and Antarctic Studies, and The Hedberg. For four years, the project provided mentorship to year 11-12 students, guiding them to make the most of their own musical ideas. 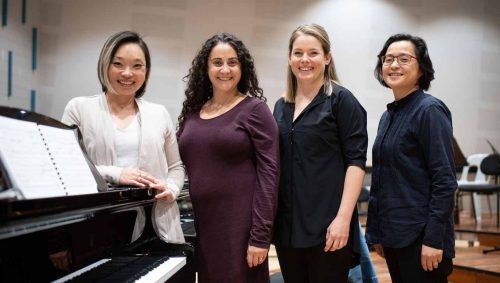 Though the TSO extends a great deal of resources into education and training, it’s important to note that the recipients are never too old to learn. In fact, the orchestra has made a point of introducing projects designed for inclusion. Initiatives such as the Louise Crossley Conducting Workshop for Female Conductors, as well as the removal of age limits from the TSO’s national conducting and composition training programs, has reflected a rise in the diversity of participants. Jenny highlights the way the orchestra is “addressing inequalities facing the people we train, and by doing this we are forced to look at our own culture as an organisation”. 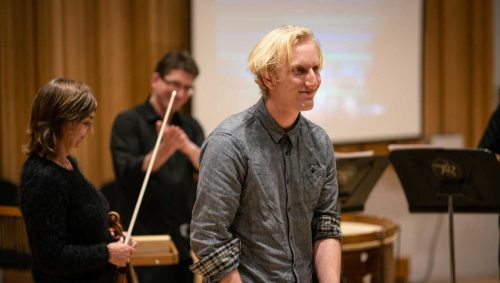 “The TSO strives to be an inclusive organisation and to change traditional perceptions that have crushed the dreams of so many artists,” she says. “I am proud to work for an organisation that does more than just talk about embracing change.”

That TSO training program alumni often return to be involved in the orchestra as tutors, conductors, performers, and composers signifies the positive relationships built through this creative community. The training programs are equally important to those who deliver them. In this way, the TSO fosters the many stages of a creative career – from nurturing emerging artists to celebrating professionals. These relationships link artists to their community, allowing knowledge to be shared across generations.

“The rise in collaborative projects has meant that the walls between musical genres are dissolving and genres are merging. This is the way of the future,” she continues. “Traditions are to be respected, but questioned. What is now regarded as tradition was once regarded as innovation.”

One might reflect on 2020 as an odd year to win an award in the arts industry, which has been so heavily affected by COVID-19. The pandemic will greatly impact the future of the TSO’s education programs – but the orchestra will continue to adapt, sparking further innovation into the coming years.

“Because of the TSO’s history of embracing change, the pandemic has not been as distressing internally as it may have been otherwise,” Jenny notes.

The annual TSO Rising Star competition took place in August, already a few months into the pandemic. Although its winner Naomi Dickers cannot physically perform as a soloist with the orchestra in the same year as her win – as has happened in the years before COVID-19 – the competition was still administered for the reason that “preparing for the audition plays an important role in the development of Tasmanian instrumentalists”.

The ACS Composer in Residence position connects the TSO with Australian artists, and 2020-2021 appointee Holly Harrison is working on a number of commissions as part of the residency. Later this year, the TSO will also host workshops for the Sydney Conservatorium of Music’s Composing Women program, navigating online engagement options during periods of lockdown and social distancing.

“What is evident this year is that TSO’s connection to so many Australian composers, combined with the can-do attitude of its musicians, has meant that the TSO has been able to change course and adapt to its new pandemic norm very quickly and successfully,” Jenny says.

“Our training programs haven’t just trained the participants – they have trained everyone at the TSO, over many years, in so many ways.”

It seems a fitting year to reflect on the TSO’s achievements so far – we are entering a changed era. And the process of accepting the nomination for the Luminary Award offered Jenny and the TSO the chance to take a step back, recognising their valuable impact on the art music makers of Australia.

“It was lovely to revisit so many programs and projects as I trawled through thousands of photos and many, many recordings,” Jenny beams. “I am very grateful to the people who took the time to nominate the TSO for the two award categories.”

The Tasmanian Symphony Orchestra would like to congratulate all winners and finalists of the 2020 Art Music Awards. The names of winning individuals and organisations have now been published on the APRA AMCOS website. 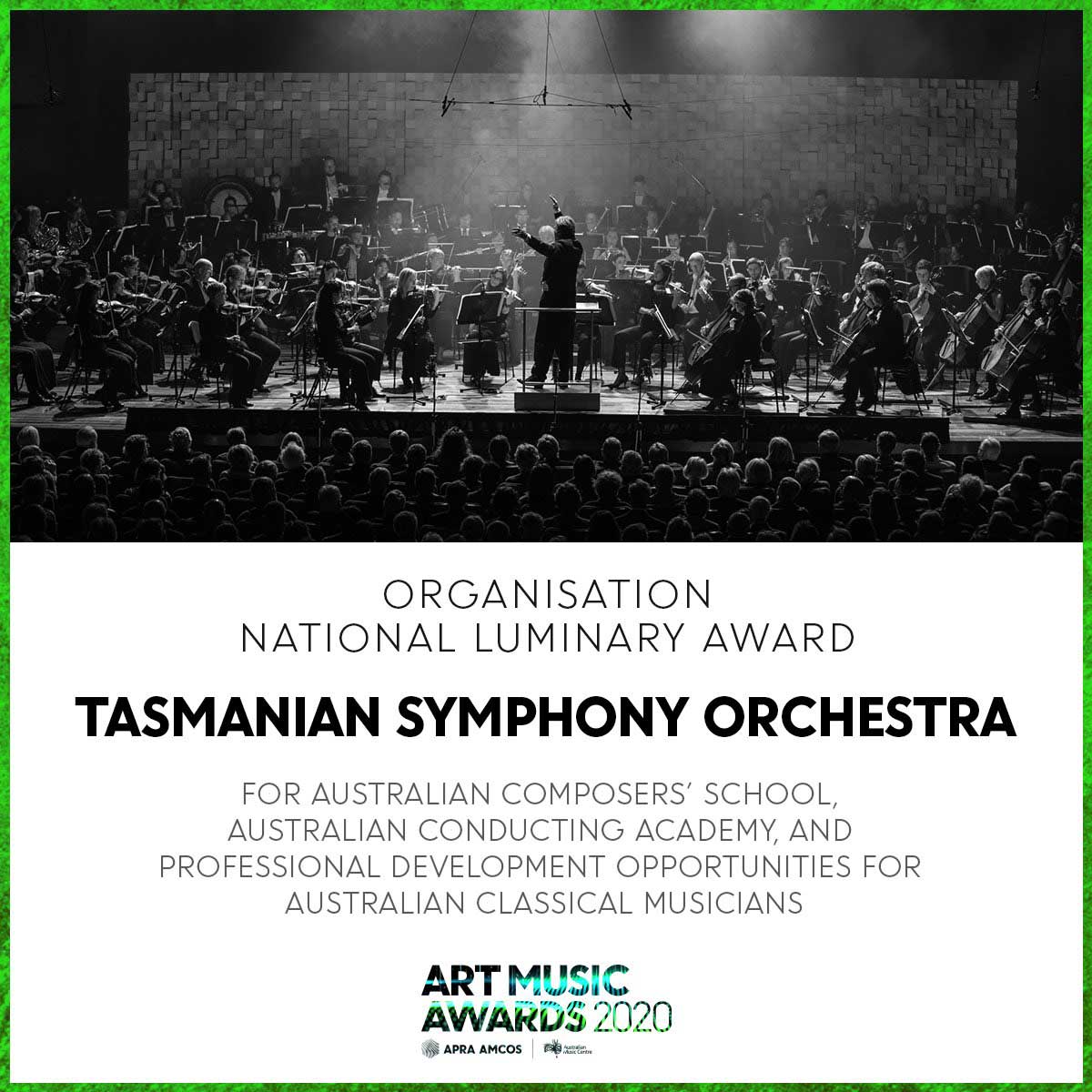