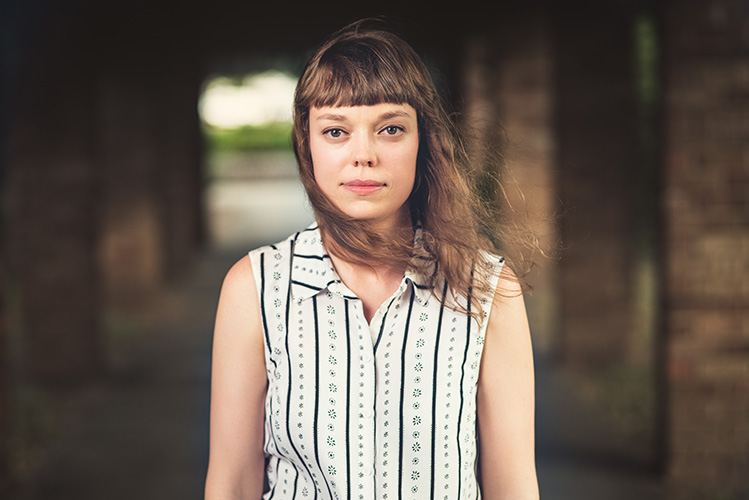 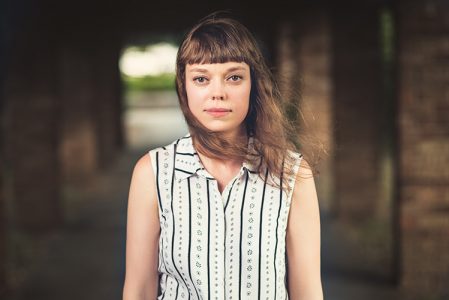 For Australian composer Holly Harrison, the pandemic “really brings a new meaning to the term ‘residency’”. In 2020, Holly was selected as the Tasmanian Symphony Orchestra’s ACS Composer in Residence – but travel restrictions and lockdowns meant her experience would take an unusual shape.

The composer’s first opportunity to travel from Sydney to Hobart for residency workshops was in May 2021; “flying in and out” has since become her norm. The pandemic affected her so deeply, she even composed a piece of music to explore the sounds she heard during isolation – but we’ll get to that soon. It’s finally time for Holly to enjoy the rewards of her work, and she’s kicked off the year with a number of recordings – one of which took place on her birthday.

“The TSO have been fantastically supportive, and I can’t imagine how the residency might have turned out without the pandemic,” Holly says.

The multi-award-winning composer first participated in the 2018/19 Australian Composers’ School program. This TSO residency is an extension of those opportunities she received, and further cements her place as a leading voice in new Australian music.

The residency is designed to be interactive though, thanks to COVID, Holly has spent much of her time composing in her home studio (“us composers can be quite reclusive beings!”). Within the limits of the pandemic, Holly nevertheless describes her appointment with this major orchestra “an absolute delight”.

Whether working through her music during one of her Hobart visits, emailing or phoning a TSO musician, conversing with Chief Conductor Eivind Aadland, or being mentored by Learning and Education Executive Jenny Compton or Librarian David Harvey, Holly has “really enjoyed getting to know and spend time with the TSO team”.

“I’ve learnt a lot about how an orchestra works and what happens behind the scenes, which is information that’s not always readily available,” Holly says.

“The residency also encouraged me to think more carefully about the specific orchestra and people I was writing for […] Feedback from musicians is an important aspect of this too, as this often gives way to new ideas or solutions to potential problems.”

The result has been the creation of five new works, fostering Holly’s experimentation and musical risk-taking.

“Outside of a residency, there is no time for this exploration in an orchestral context,” Holly explains.

“It’s been freeing to write with an approach of ‘let’s see’, rather than trying to ensure the piece works straight from the page.”

Triple Threat for brass and percussion is one such work, which TSO players performed earlier this year. Herself a trumpet player and drummer, Holly knows firsthand how to exhibit the strengths of these sections. In Triple Threat, she spends three movements showcasing the instruments – in the first, exploring “the celebratory nature of brass”; the second creating a lyrical soundworld; and the third heralding a playful and virtuosic conclusion.

“It’s also lots of fun experimenting with mutes – there’s plenty of plunger action in this one!”

Hi-Vis, which also premiered this year, comes from a very different place: it’s deeply connected to her experience of COVID isolation. Sound and light from local roadworks made their way to Holly through the night, sparking her imagination about what the workers may be up to.

“I began to think thoughts like: ‘What might a hi-vis worker be listening to? How does it sound through earmuffs, next to that massive drill? What does a reflective orange vest sound like? That traffic baton looks a lot like an oversized glowstick, doesn’t it? Is this the equivalent of an outside nightclub? That bass is pulsing, I wonder what it sounds like against the rhythm of the flashing light?’.”

To Holly, composing became a way to enjoy this noisy evening routine that to others may have been a hindrance: the absence of quietness morphed into an opportunity to “hear sounds in a disembodied way”.

“I also think there’s a lot of humour to be heard in our environments – sounds that stick out or seem out of place, or perhaps occur in an unexpected order.”

Hi-Vis was premiered this year on a program that also featured Dvořák and Bruch; Triple Threat was first performed this February in one of the TSO’s sell-out Brass in St David’s events. Holly has also visited the state in the past few months for a recording of her piece Power Up for orchestra and body percussion.

Hotwire, for former TSO Principal Violist Stefanie Farrands and orchestra, was developed in 2019 as part of ACS and also recorded earlier this year, on Holly’s birthday.

“I’d like to think the recordings went very well. It’s microscopic work, being in the studio, hearing your pieces in new and different ways. There’s no escaping what it sounds like in the hotseat!

“Toby Frost and Veronika Vincze from ABC Classic are absolute pros, of course, so I’m excited to see how it turns out.”

As far as artistic residencies go, this one is certainly unusual. It has seen her visit the state and return to her home, imagining music every step of the way. It has been stretched from 2020 to 2022, with even more of her work slated for release in 2023. And at the end of the day, Holly’s pieces are a way to document her experience as a composer during the pandemic – and the connections she forged with the orchestra between moments of isolation.

“From my perspective, there’s so much more opportunity for imagination when living orchestras collaborate with living composers. The work is literally alive – what audience wouldn’t want to witness the thrill of that?” she reflects.

“We live in a world which is continually changing and evolving, and it makes sense that our music and programming choices reflect that, as well as the people in it. If Australian orchestras don’t support new Australian music, who will?”

Holly’s final commission of her residency is Power Up – an educational resource for which she wrote a piece for body percussion and orchestra.

“As a drummer, I’m always partial to a bit of body percussion!” Holly says. She teamed up with Jenny Compton and music educator Angela Chapman for this initiative, working to a brief that would see her find rhythms that could “appeal to young ears”.

“I thought it would be exciting for the body percussion to emulate the drum kit throughout, harnessing rockstar dreams while teaching listening skills.”

Through body percussion, Holly notes that any participant can have a go – even without an instrument.

“Power Up teaches listening skills and pattern recognition, as well as physically demonstrating how we feel rhythms through our body. In its next phase, students will have the opportunity to perform live with the Mini TSO ensemble during school concerts, putting their new-found skills on show!”

Learn more about Holly Harrison and her TSO ACS Composer in Residence program on the Tasmanian Symphony Orchestra website.

Explore Power Up for participants and teachers.