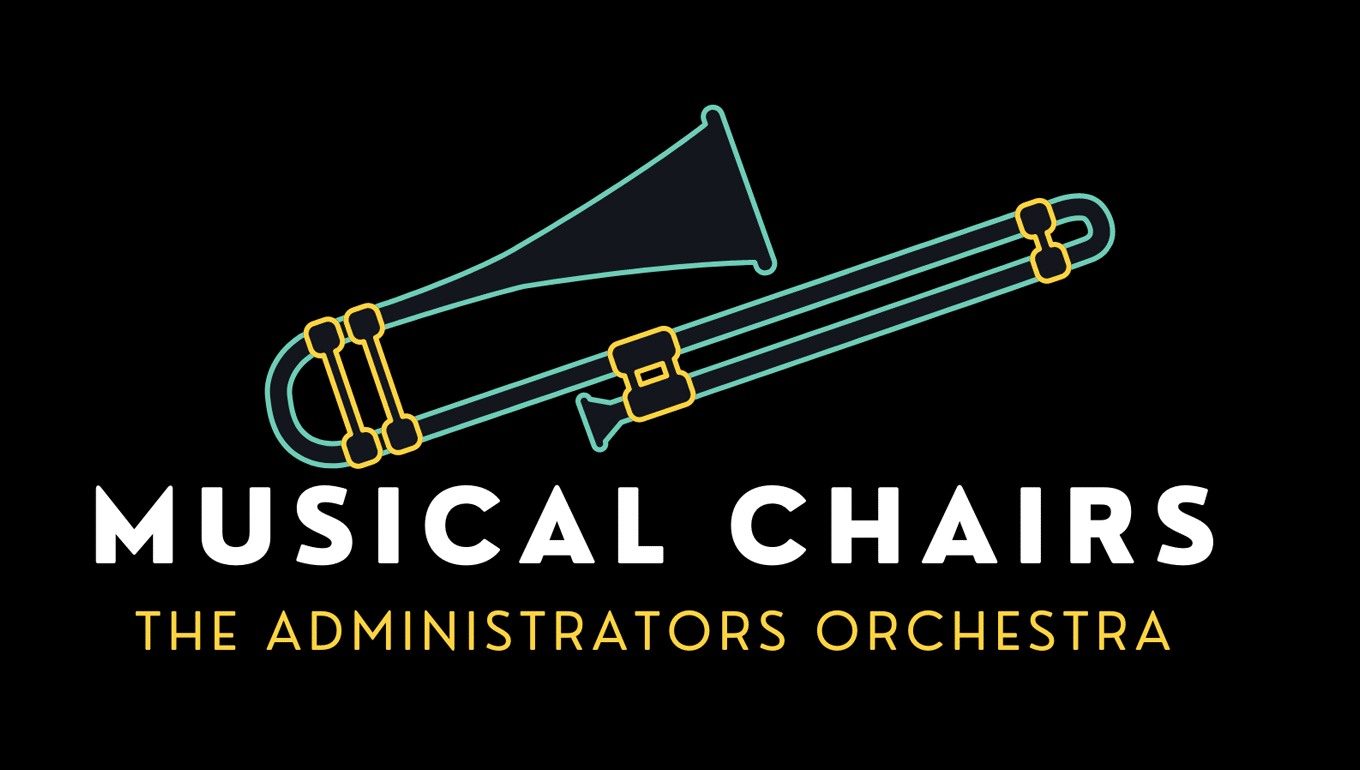 How this new orchestra will enhance Australia’s music industry

Arts administrators are the people who bring performances to life. They are strategic masterminds who manage logistics and marketing. They help deliver music into communities and schools. They facilitate the public’s access to the arts. They enable performers to…well, perform.

In the music industry, administrators take on a variety of essential roles – some of which are found in the disciplines of people and culture, outreach, education, and digital production. But beyond their specialised skill sets, these workers often start from the same place as the musicians on stage.

Many arts administrators have also studied music, first performing through youth orchestras or training at university before finding their dream career in the industry. Yet, there’s a clear divide between those on stage and off, with little opportunity for these former players to pick up their instrument and enjoy making music at the level of their original training.

An Australia-first for arts administrators

MUSICAL CHAIRS: The Administrators Orchestra is the first initiative of its kind in Australia. It opens the door to administrators wanting to reconnect with their passion for playing – as well as professional instrumentalists who may be interested in networking with people from a different arts discipline.

The orchestra is the brainchild of Susan Eldridge and is facilitated in partnership with the Tasmanian Symphony Orchestra. On the MUSICAL CHAIRS team with Susan are three early career arts administrators who are also trained musicians: Jin Tong Long (Orchestra and People), Alex Owens (Operations and Logistics), and Chai Jie Low (Marketing and Communications).

Susan notes that arts industry professionals are often isolated despite facing shared challenges, so she wanted to “create a way for the sector to come together”.

“So many administrators are players, but don’t play very often,” she says.

“Playing builds such trust. I wanted to get them back on their instruments, where they’re okay with being vulnerable and taking risks musically – so we could then talk about how that mindset applies to the bigger issues we’ve got to face.” 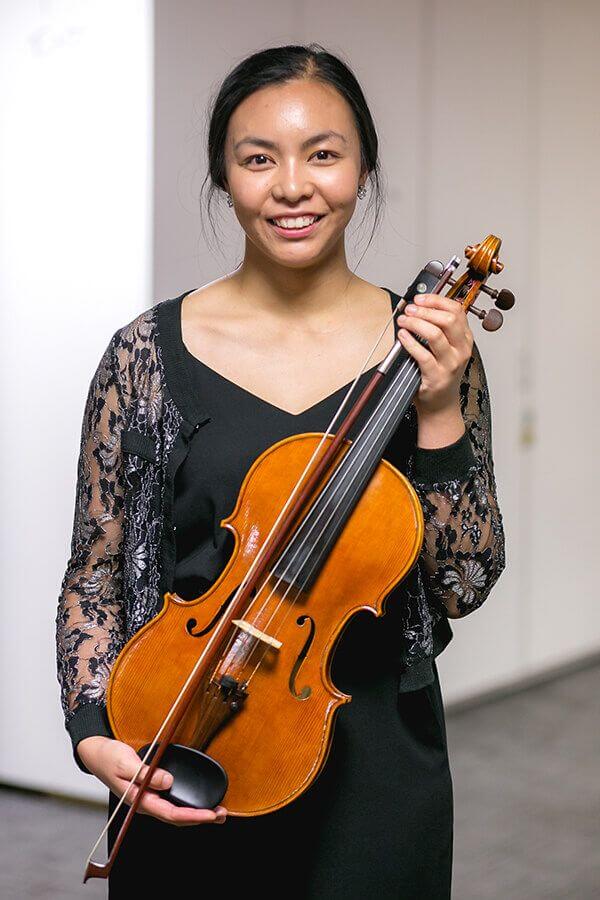 In January 2022, arts administrators will meet at the home of the TSO – many having travelled from organisations in Australia and New Zealand to take part in the program. After a “dry happy hour”, rehearsals will begin.

“The first thing we wanted to do is get everybody playing. We will be really focusing when we’re sitting there with our instruments in our hands – focusing on listening deeply,” Susan says.

“If we can give administrators the experience of being back on their instruments, that’s going to help them be more empathetic to the players.”

Across the course of the weekend, participants in The Administrators Orchestra will spend close to eight hours rehearsing under the baton of artistic director and conductor Ingrid Martin (Conducting Artistry, Melbourne Symphony Orchestra, Victorian Youth Symphony Orchestra).

They will also take part in four-and-a-half hours’ worth of tailored professional learning, gaining new skills to confront the real-world challenges in their arts workplaces.

Susan notes some of today’s challenges facing arts administrators to be “decolonisation of the canon, de-Eurocentrification of the choice of talent who gets on the mainstage with organisations, uplifting marginalised voices”.

“We can’t address those unless we can hold tension and be vulnerable with each other. So I wanted them to have the experience of doing that together with their instruments, before we talk about what that looks like back in their working spaces.”

Because the program aims to develop a safe environment through which these activities and topics can be explored, participants may also attend as observers – meaning they don’t need to play an instrument at all. As Susan notes, “the most important thing is that there’s a lot of time for networking”.

There won’t be a concert to mark the end of this program – rather, the rehearsals are about introducing and practising the concepts of empathy and listening. Workshops explore the cycle of design thinking, discussion about boundaries and regulating emotion, and reflection on real-world problems and solutions for arts workplaces.

“Maybe you’re the front-desk receptionist, maybe you’re a board member. But we all have to work with those above and below us on the organisational chart.”

This means a rare opportunity is presented for early career participants to talk to senior arts administrators, and vice versa. But there’s one rule for everybody – no complaining.

“We’re being solutions-oriented and solutions-driven, rather than complaining about things we can’t control. Because when we go back into the office, we want to have conversations that articulate the problem we’re trying to solve, and what might our solution look like.” 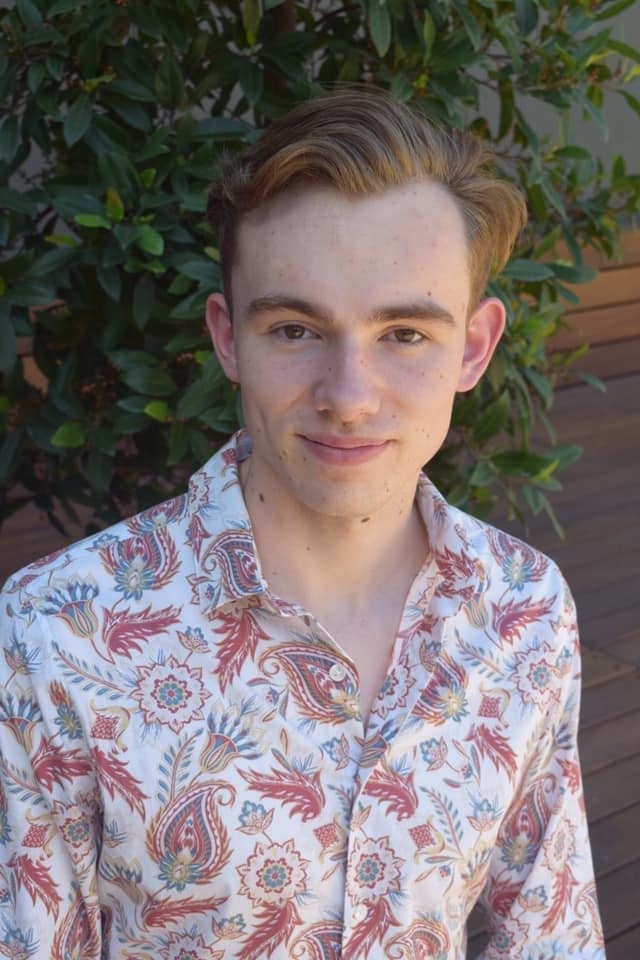 Building empathy on and off the stage

While the program is administrator-oriented, some professional instrumentalists – including principal players with orchestras – have also reached out to Susan about what they can learn from the program.

“It’s about trying to break down the barrier of the in-front-of-the-curtain and behind-the-curtain talent. Because in a lot of organisations, that’s a real problem,” Susan notes.

“[For instrumentalists], their whole training model is focused around this notion of ‘perfection’ – whereas the notions of joy, expression, and connection between people are just as valuable.”

Susan is one of Australia’s arts leaders who started out as an instrumentalist before building a “behind-the-curtain” career. She grew up performing in brass bands but later founded professional arts industry resource Notable Values, through which The Administrators Orchestra is facilitated; and developed career mentorship program IgniteLab with the Melbourne Conservatorium of Music.

Chai Jie Low, who works in marketing and communications with The Administrators Orchestra, was herself a recipient of Susan’s IgniteLab mentorship. After a one-on-one session with Susan three years ago, she became inspired to explore arts administration and now balances this practice with her career as a concert pianist.

“I love performing, and being a pianist was always my dream,” Chai Jie says.

“After that meeting, I realised there was so much more than just performing, as a musician – there are so many other possible pathways.

“I realised the importance of having a portfolio career; to be able to branch out into different things, and to apply the skills I’ve learnt as a music student – not just in performing, but other areas as well like arts administration.

“That changed my perspective on what it means to a musician.”

Chai Jie has liaised with Australian arts organisations about The Administrators Orchestra, holding conversations with industry leaders about the valuable new skills their staff members can develop through this program, and can then bring back to their workplaces.

But beyond the direct benefits to its participants and their employer organisations, Chai Jie says one of the orchestra’s most appealing factors is the impact it will have after the weekend is over.

“One of the outcomes I think is so valuable is that the profits from this orchestra will go to emerging arts administrators in their early careers,” Chai Jie says. Funds raised through the program will be delivered back into the music community through the Early Career Arts Administrators network hosted by Susan.

“It will help to train up the next generation of early career arts administrators. That’s a really good thing that will come out of it.”

Applications from playing participants are open until 25 June 2021, with options also open to non-playing observers and students.
The program is scheduled to take place in Hobart from 7-9 January 2022.