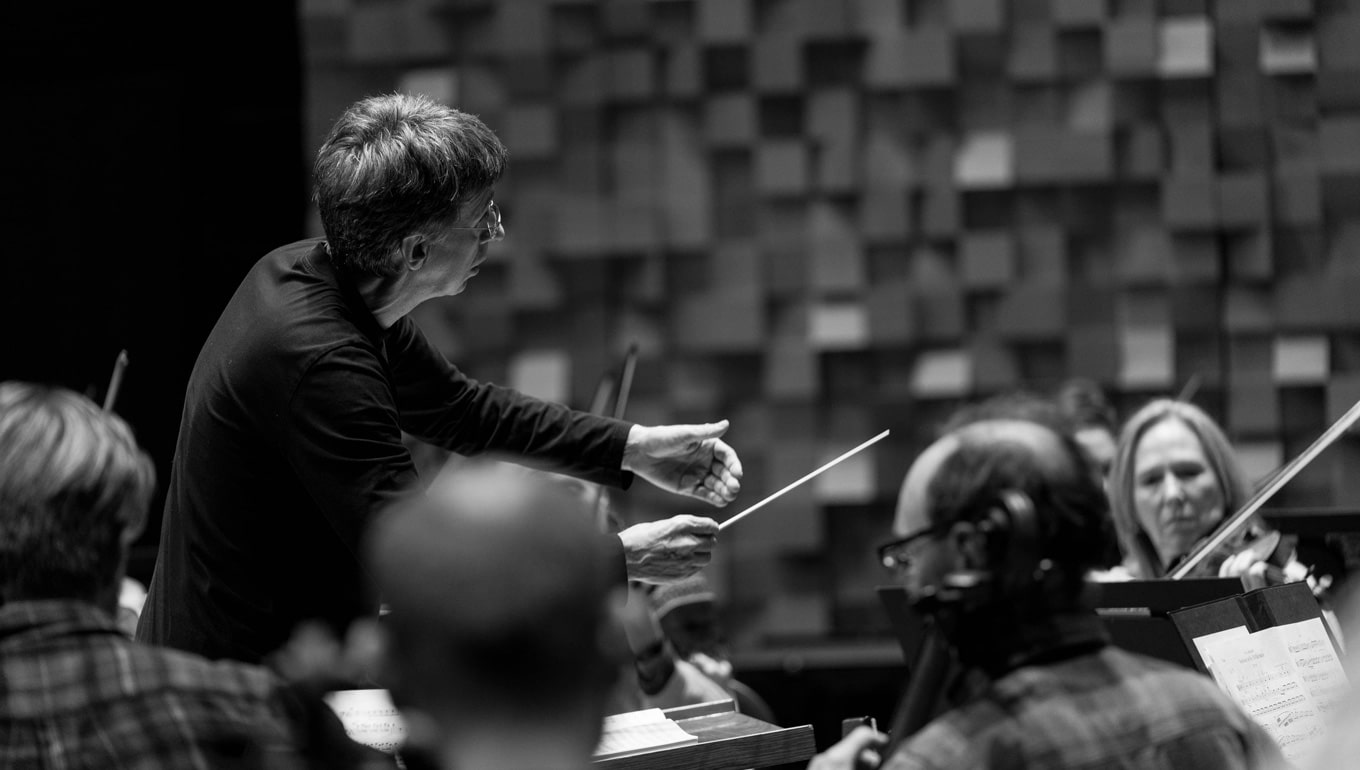 Community rehearsals prove music-making is for everyone

No matter what happens in the world around us (pandemic included), we always come back to live music. Pick almost any moment in human history, and it’ll be accompanied by the rhythm and melody of its time.

From chamber music to folk music, people have long pursued a fundamental desire to sing and play together. It’s not just about the music itself, it’s about the way music-making unites us. Our brainwaves fall into sync. Our hearts beat together.

Some fall in love with this feeling, so much so that they become professional musicians. They dedicate their lives to the experience of sound. Others play for fun, and the benefits are just as rich.

The Tasmanian Symphony Orchestra will nurture the togetherness of music through its upcoming Community Rehearsal. Familiar faces of the orchestra will join players from the local community, each filling that human desire to “engage and make music in the most enlightened way possible” – in the words of TSO Principal Trumpet Yoram Levy.

Yoram has worked with TSO Principal Oboe David Nuttall, CEO Caroline Sharpen, and fellow members of the orchestra to expand their rehearsal room. Together, Yoram says, they’ll reveal to community members “the joy of diving deep into orchestral playing, which encompasses so many musical skills”.

“You belong to this community”

To Beth Coombe, the rehearsal complements a lifelong dream to make instrumental music with others. The Tasmanian music lover has sung in choirs since her teenage years – eventually leading her to join the TSO Chorus. But one big regret for Beth was that she rejected her piano lessons along the way. So, upon her retirement in 2017, she made the decision to try her hand at an instrument once again.

This time, Beth picked up an oboe. She approached TSO Librarian David Harvey to be her tutor. “Blissfully ignorant” of the instrument’s challenges, she kept practising with a heartfelt goal in mind.

“My whole aim in learning an instrument is to be able to play with others in community groups,” Beth says.

“Nothing is so rewarding as the feeling that you are part of a group, engaged in the process of creating something bigger and better than the sum of its parts.

“It is an experience that absorbs you completely, and gives you a deep emotional satisfaction. It tells you that you belong to this community.”

Beth has been working hard to make it happen. From her first lesson (in which she achieved just “two tiny squeaks on the reed”), she quickly progressed and has since explored the Australian Music Examination Board’s fifth grade syllabus. She also joined a community symphonic band, and meets up with her TSO Chorus friends to play trios on her instrument.

Ready for a new opportunity, David encouraged Beth to apply for the TSO’s Community Rehearsal.

“I was daunted by the prospect, because I knew I would be surrounded by better players – and not just the professionals,” Beth confesses.
“But you only live once, and this rehearsal is such a rare and exciting opportunity.” 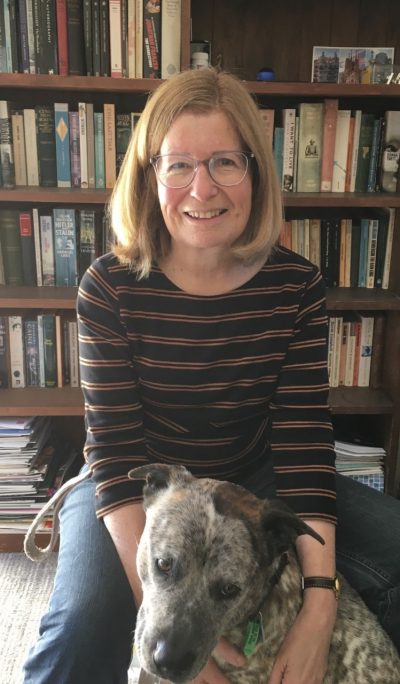 Beth intends to pick up plenty of technical skills in the TSO Community Rehearsal. And, along the way: “The most important thing I expect to take away is inspiration.”

So how will musicians of the TSO provide it?

TSO Principal Oboe David Nuttall says, “it should be conducted – no pun intended! – in such a way that everyone feels like they are achieving something and having a good time”.

Before the main rehearsal will be sectionals in Hobart and Launceston. A sectional divides the orchestra into groups of instruments – such as brass, lower strings, and woodwind – to allow for more intimate pre-rehearsal discussions and workshops among players. During this stage, aural specialist Ingrid Leibbrandt will warm up the small groups with rhythmic and aural training.

“I believe Ingrid has prepared some quirky exercises to help. In fact, I can’t wait to try them myself,” David says.

Participants will be made to feel comfortable exploring topics such as balance, articulation, timing, and intonation before getting together for the full rehearsal. And then, the show really begins.

The TSO and community players will explore the ins and outs of the Finale in Tchaikovsky’s Symphony No. 4 in F minor. They’ll also play a spirited work composed for the TSO: Maria Grenfell’s Rock Hopping. Both pieces give a good workout, David says; while Grenfell’s will see these players enjoy “a beautiful melody and create a serene mood” (with a few rhythmic challenges, of course).

Beth admits she has already started preparing, having listened to the TSO’s recording of Rock Hopping, and a video of Bernstein conducting the Tchaikovsky. She’s a little intimidated (or, as she’d put it, was “scared witless” by the video). But like all other participants, she’s eager to see what she can achieve.

On a surface level, the TSO Community Rehearsal provides the opportunity for its players to see how the orchestra works, and be part of the magic of group music-making. But at its core, it’s an opportunity for personal development, which will touch every player on the stage.

With a professional orchestral career, David reflects on his life filled with community music making. When he was younger, he joined his peers in the Queensland Youth Orchestra, then took the next step towards the Australian Youth Orchestra. In finding his own music communities, David says: “I was able to raise my standard of playing to a level acceptable to have a professional career in music.”

Now, he looks forward to passing the baton to members of his local community.

“I hope they will have had a really enjoyable time. If they are enthused in any way to practise a bit more, get together in smaller or larger groups, or listen to some more music, even better.”

To players like Beth, it’s too good an opportunity to pass up.

“In how many other parts of the world, or even the country, would an amateur like me have the chance to experience direct tutoring, free of charge, from first class professionals such as our own wonderful TSO players?” she says.

“We are so lucky in Tasmania to have the extraordinary TSO at the heart of our musical community – and I cannot wait to experience the orchestra from the inside!”

The TSO Community Rehearsal will take place on 15 August. Learn more about this and other Training, Learning and Engagement programs on our website.