TSO Holdings is the parent Company of TSO Pty Ltd and was formed to acquire TSO from the ABC. TSO Holdings is a company limited by guarantee and the public can apply to become members.

Annual membership is $20 or the fee is included if the member subscribes to the TSO. Members rights and obligations are established by the TSO Holdings Constitution. Liability is limited to $1. Members can apply to become Directors of TSO Holdings or vote on the election of Directors and can attend the AGM. 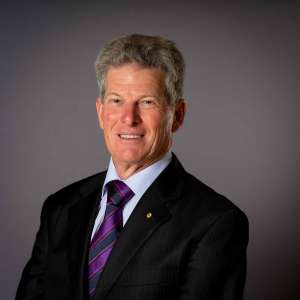 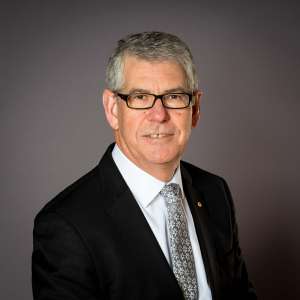 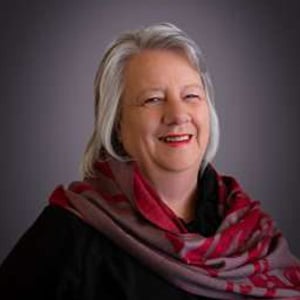 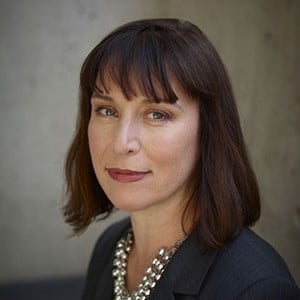 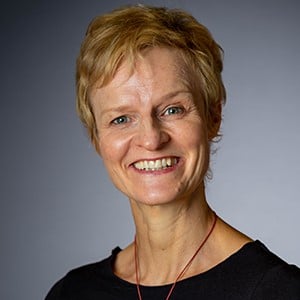 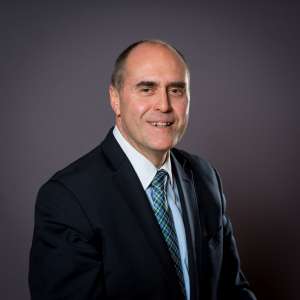 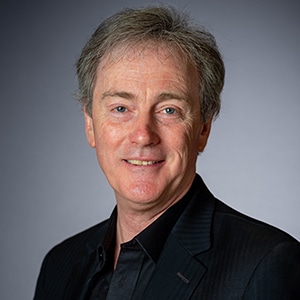 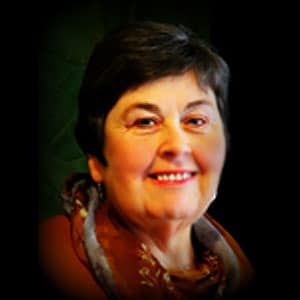 For any questions to the Board, please email us at tso@tso.com.au and we will reply as soon as possible. Thank you. 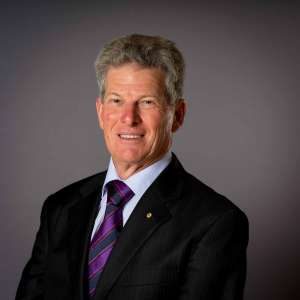 Donald Challen AM (Chair) was appointed to the TSO Board in November 2010 and elected Chair in March 2020. Secretary with the Department of Treasury and Finance between 1993 and 2010, he is currently Chair of the Premier’s Economic and Social Recovery Council, Chairman of the Motor Accidents Insurance Board and Senior Adviser with Flagstaff Partners.

He holds a Master of Economics from the University of Tasmania. In the Australia Day 2013 Honours List he was appointed a Member of the Order of Australia “for significant service to economics, and to public administration in Tasmania in the treasury and finance sector.” 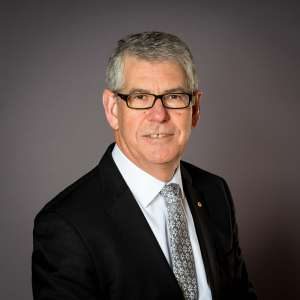 Tim (Deputy Chair) was elected to the Board in May, 2016. He is a Principal and the Managing Director at Hobart-based Dobson Mitchell Allport, one of Australia’s oldest legal practices. Tim was made a Member of the Order of Australia in January 2014 for “significant service to the law, particularly through executive roles with professional legal organisations, and to the community.”

He is a member of the Appeals Committee of the Royal Australasian College of Surgeons, a Fellow of the Australian Academy of Law and chairperson of the Centre for Legal Studies. Tim serves as chairperson of the Allport Library and Museum of Fine Arts Management Committee, as a trustee of the estate of Henry Allport.

Marilyn joined the board in May 2018 and is a resident of Northern Tasmania. She has a background in Nursing and Case Management of Community Aged Care programs.

Since semi-retirement she has served on two Not- for-profit Boards in the Aged Care sector, including 8 years as Chairman, and has been a member of the Australian Institute of Company Directors for the past 10 years.

Marilyn and her husband John are avid TSO patrons and attend concerts state wide. They also enjoy the smaller ensembles that travel into the regional areas of the state. 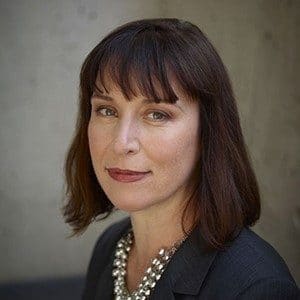 A museum professional for three decades, Janet Carding hails originally from England where she obtained her first degree from Cambridge University in History and Philosophy of Science, and a Masters from the University of London in History of Science and Medicine.

Her career in museums began with London’s Science Museum as a curator in the Medical History department. In 2004 she became Assistant Director, Public Programs & Operations with the Australian Museum in Sydney. She spent six years at the Australian Museum and became an Australian citizen during her time there. In 2010 she was appointed Director and CEO of the Royal Ontario Museum in Canada. She returned to Australia in 2015 to take up her current role as Director of the Tasmanian Museum and Art Gallery in Hobart.

Since her return, Janet has also taken up a number of voluntary roles within the Australian cultural sector, including Vice-Chair of the Council of Australasian Museum Directors; President of the Tasmanian branch of Museums Galleries Australia; and Board member of the Festival of Voices. 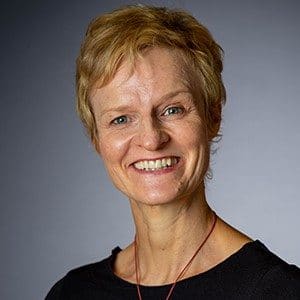 Anna became involved in Artist Management and in running small arts organisations in the early 1990's. She was instrumental in the development of Pinchgut Opera. Through that experience Anna understand the transformative power of the arts and was a co-founder of Artology in 2011. The flagship program of Artology is Fanfare, an innovative education initiative developing the creative potential of young people.

Anna's early training was in Oceanography which lead her into nature conservation and now sees her as a Director of Wild Mob, a not-for-profit organisation providing opportunities for volunteers to perform hands-on conservation work in some of Australia's most iconic wilderness destinations.

She is a Director of Triabunna Investments, the company transforming the defunct Triabunna wood chip mill into a destination for cultural and restorative events. Anna co-founded Athena Sailing in Hobart to provide opportunities for young women to gain confidence in competitive dinghy sailing and also in the broader life. 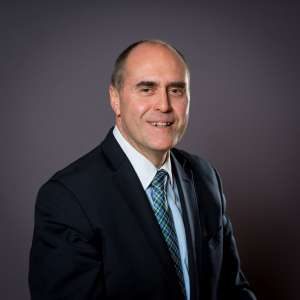 Harvey Lennon is a Senior Ministerial Advisor in the Tasmanian Government and an Officer in the Australian Army.

Harvey was Group Chief Executive of The Royal Automobile Club of Tasmania (RACT) Limited until October 2019. He joined RACT in 1998 and held several roles including Chief Financial Officer and Chief Operating Officer prior to being appointed CEO. He was a director of related companies including RACT Travel Pty Ltd, RACT Insurance Pty Ltd and Australian Motoring Services Pty Ltd. As CEO, Harvey led the process to acquire and operate several regional tourism businesses and was a Board member of the Tourism Industry Council Tasmania (TICT).

Prior to joining the RACT, Harvey worked in the Tasmania State Department of Treasury and Finance, where he held a range of senior positions. Harvey has a Bachelor of Commerce Degree from the University of Tasmania, is a Fellow of the Australian Society of Certified Practising Accountants, a Graduate of the Australian Institute of Company Directors and has an Advanced Diploma of Tourism.

Harvey is passionate about Tasmania and particularly tourism opportunities for our State. He is married with five children and 1 grandchild. He has been a member of Rostrum for many years. For relaxation, Harvey enjoys travelling, running and listening to music. 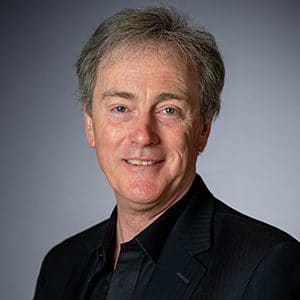 He has broadcast extensively on ABC Radio (Radio National, Local Radio and Classic FM), BBC TV, ABC TV and the former Ovation Channel. The Swoon CD collections that evolved out of his ABC Classic breakfast program are the highest-selling classical compilations ever released in Australia on CD with sales of more than 500,000 units, earning him three Platinum and three Gold album awards.

Christopher has published four books about music including Swooning – A Classical Music Guide to Life, Love, Lust and other Follies; Swing Symphony and Symphony of Seduction that are available in Australia, the US, UK, Hungary and China. His studio productions with the Sydney Symphony Orchestra, Stuart Challender, Peter Sculthorpe, Dame Joan Sutherland and Opera Australia have been awarded three ARIA (Australian Record Industry Association) Awards for Best Classical Recording and the 1989 International Emmy from the US television industry. In 1991 he was made a Churchill Fellow, and in 1999 received an Honorary Doctorate in Communications from the University of Central Queensland for his career in broadcasting.

Christopher has also worked extensively in arts administration as Artistic Director of Musica Viva Australia and Executive Producer of Music (Arts) on ABC TV. He is currently Artistic Director of the Sydney Youth Orchestras, President of the Van Diemen’s Band Association, and serves on a number of other company boards.

Christopher has been based in Tasmania since 2007. He is married to baroque violinist Julia Fredersdorff and father of their two daughters, Mina and Belle.

Following a 25-year career in HR and general management with Telstra and The University of Adelaide, Lynette Hayward moved to a property at Weegena in North-West Tasmania with her partner John, in 1995. In 2001, she became involved with Bendigo Bank Ltd and the local Meander Valley community in the founding and operation of the Deloraine and Districts Community Bank, being first Company Secretary and then Chair (2007-2017).

Tasmania provided Lynette with her first opportunity to learn a musical instrument, and she has been a long-time member of Launceston Youth and Community Orchestra Inc, serving as Chair and Public Officer. She joined the Launceston City Band in 2019.

She is deeply interested in community engagement and capacity-building, through the development of innovation, access and education. Her professional qualifications include an MEd in HR and OrgDev (University of South Australia), and a Grad Cert Bus in Regional Development (UTAS). She has also undertaken training with Bendigo Bank through the AICD and Governance Institute of Australia.