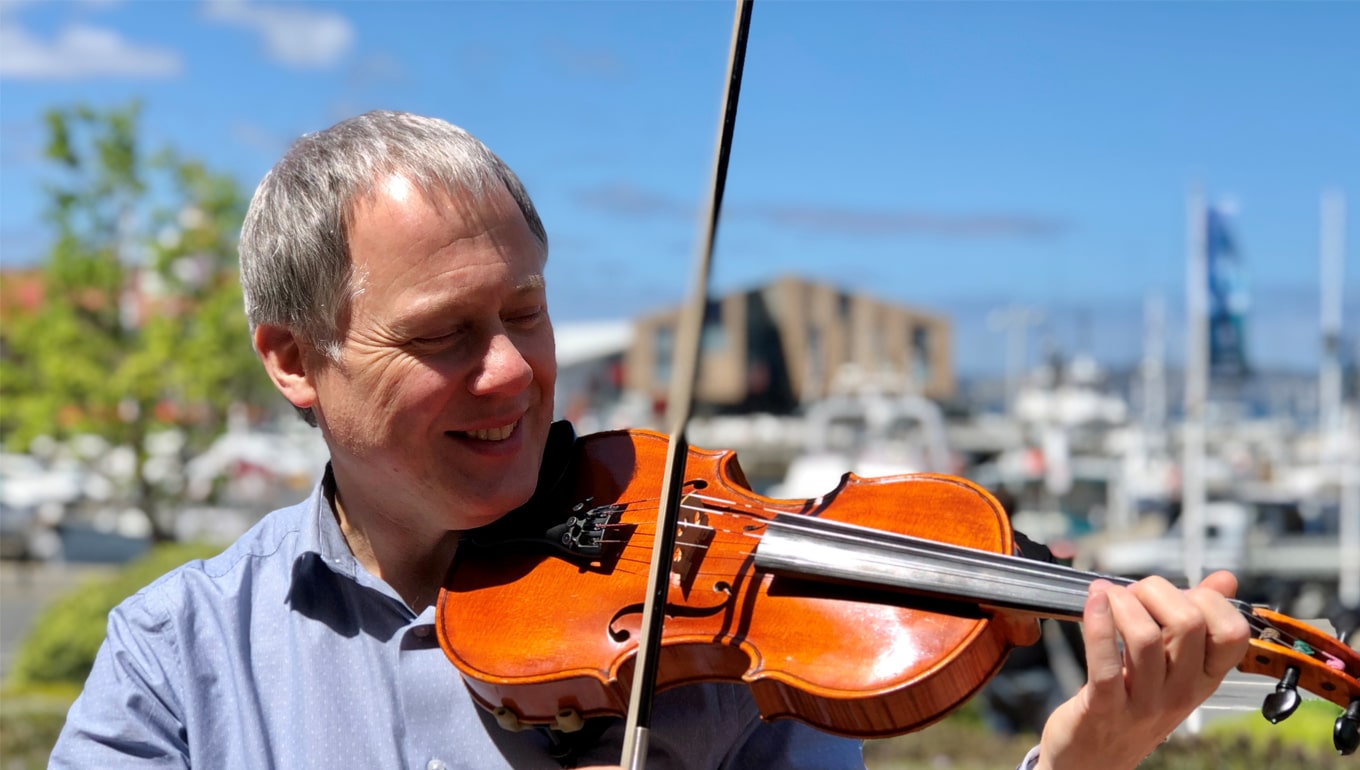 Chris John on his latest role in the TSO Library

Hi Christopher, welcome to the Library! How long have you been doing Front of House with us?
Since 1995 – Odeon days! I worked on the opening night at the Federation Concert Hall and have been FoH there ever since. I also worked in the TSO Box Office for a couple of years a while back.
Could you tell us about your violin teaching and playing?
I came here from the mainland in 1987 and did a couple of degrees at the University of Tasmania Conservatorium. Now I teach violin privately and I’ve previously conducted orchestras.
So, it sounds like you’re juggling a range of activities?
Yes, and the split between them has varied a lot over the years. After the Conservatorium I went into the folk music scene, tours, recording and so on. Now, I effectively have a few different jobs: I’m working in the TSO library, and Front of House for Federation Concert Hall and Theatre Royal. I also teach and perform in various ensembles.

And you have some strong non-musical interests?
I’m into motorcycles and there’s a cohort of motorcyclists here at the TSO which is great. I’ve done that in a pretty serious way over the years, building motorcycles and travelling. All things audio, including building audio components and pedal boards for my electric violin I find interesting. Also, over the last decade I’ve become interested in horology – everything to do with watches. This combines a lot of what I have been interested in, into one subject – the history, design, metallurgy – it’s so vast.

What are you most looking forward to about working in the library and at the TSO?
In this role I’m looking forward to knowing how an orchestral library works at a professional level. I’ve taken care of orchestras before, but not at the level of the TSO. It will be good to learn a system that works so well and why – it’s going to be really interesting.