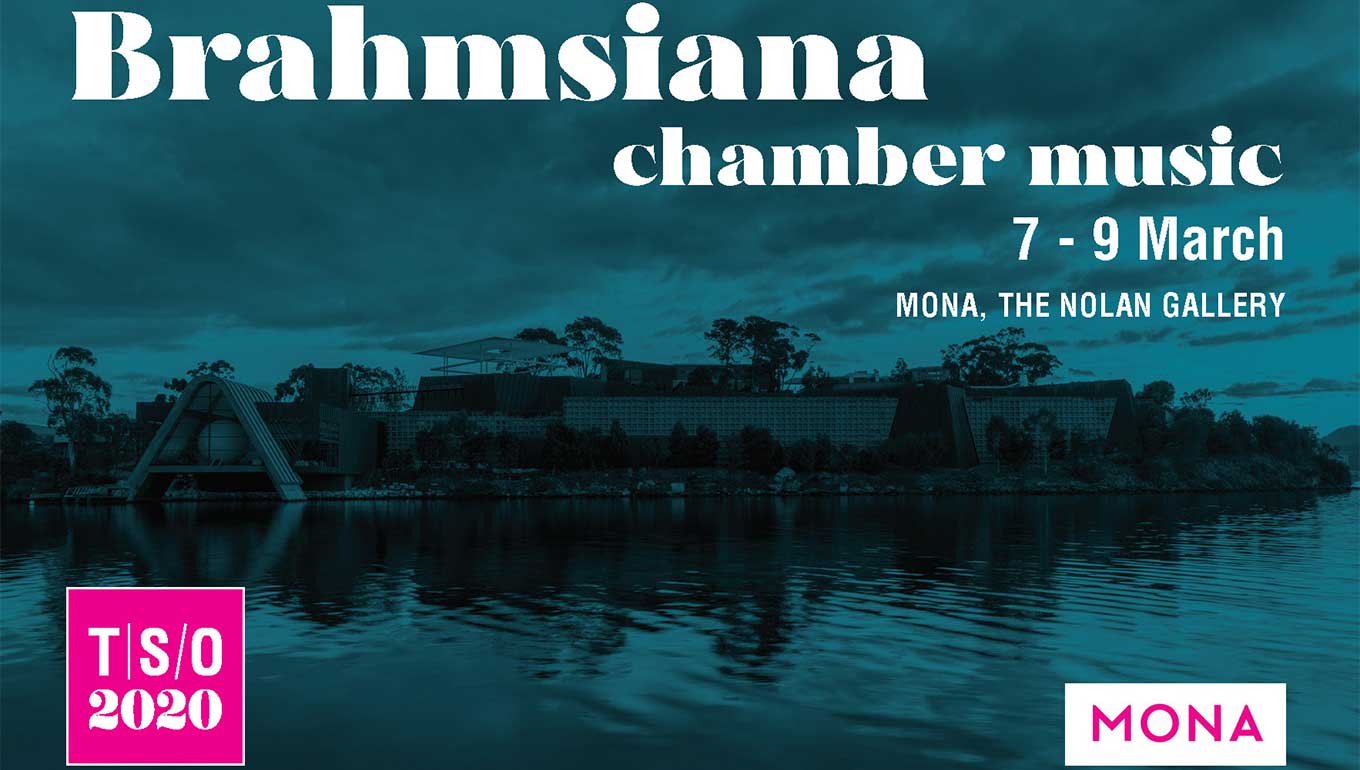 Mona’s Nolan Gallery is set to light up with the colours of Brahms this month, as three Tasmanian Symphony Orchestra ensembles perform some of the composer’s most vibrant chamber works.

On the evening of March 8, five musicians will come together to perform his String Quartet No. 1 in C minor, coupled with Dvořák’s String Quintet No. 2 in G.

Notably, it’s the only concert in the Brahms Chamber Music at Mona series that’ll also sneak in a work not composed by Brahms. So why couple his music with Dvořák – a Czech composer, who lived during the same 19th-Century era?

According to violinist Sercan Danis, it’s all about the bass.

“The TSO is fortunate to have an outstanding bass section, and since there are only a handful of string quintets with this configuration, we thought it would be fitting to feature James Menzies with the Dvořák,” Sercan says.

“Audiences are used to hearing a standard string quartet, but the addition of the double bass allows for a much wider range of tonal possibilities.”

The group also features violinist Hayato Simpson, violist Anna Larsen Roach, and cellist Jonathan Békés. Together, they dreamed up the idea of a chamber group playing Brahms and Dvořák – and last November, they proposed it to TSO Director Artistic Planning Simon Rogers. It was quickly approved, and the group started rehearsing in the middle of February.

It doesn’t seem like such a long time to be practising ahead of the March 8 affair, and Sercan acknowledges “the works are quite demanding – both technically and musically”.

But, in a similar spirit to the other Brahms-loving musicians we’ve heard from so far (catch up on our interviews here and here), Sercan also finds it “equally fulfilling”. He reflects on the work with quite a fondness.

“The last time I played Brahms' first quartet was over 10 years ago, and coming back to it has made me realise it's one of those pieces that you could gladly explore for a lifetime – much like Beethoven's quartets,” he shares.

The Dvořák, though, is a new one for Sercan with a “famously difficult first violin part”. Nevertheless, he’s been taking joy in the “folky elements” of the work, which he describes as typical of this composer.

It’s not just the players’ love of the music (or the double bass) that unites Brahms and Dvořák, though; in fact, they were among the best of mates, back in their day.

“Brahms championed many of Dvořák's compositions, and once said that any composer would be honoured to have the ideas that Dvořák threw away,” Sercan notes.

We can only imagine how valuable this praise must have been when applied to the compositions of Dvořák. After all, we know that Brahms was a true perfectionist (especially when it came to his own music: Sercan notes that Brahms “wrote over 20 string quartets before finally allowing the Op. 51 quartets to be released”!).

For Sercan, this performance of Brahms and Dvořák will also mark the violinist’s debut performance at the Mona venue, which he is naturally looking forward to. But while he’s playing alongside four other musicians – rather than the usual tens of players in the TSO – he won’t be changing his performance style too much. Here’s why.

“Playing in the TSO, being a smaller sized ensemble, already requires each individual player to have a heightened sense of musicianship,” Sercan explains.

“So, while we may have more room for artistic expression, our approach would be the same as any other program.”

Still, without the lead of a conductor’s baton, he reckons “it's nice for us to have that freedom of self-expression”. See what they make of it at Brahms Chamber Music at Mona. 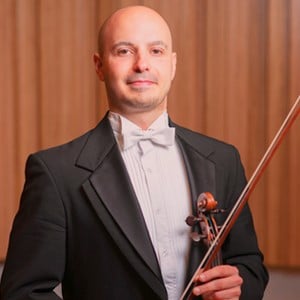