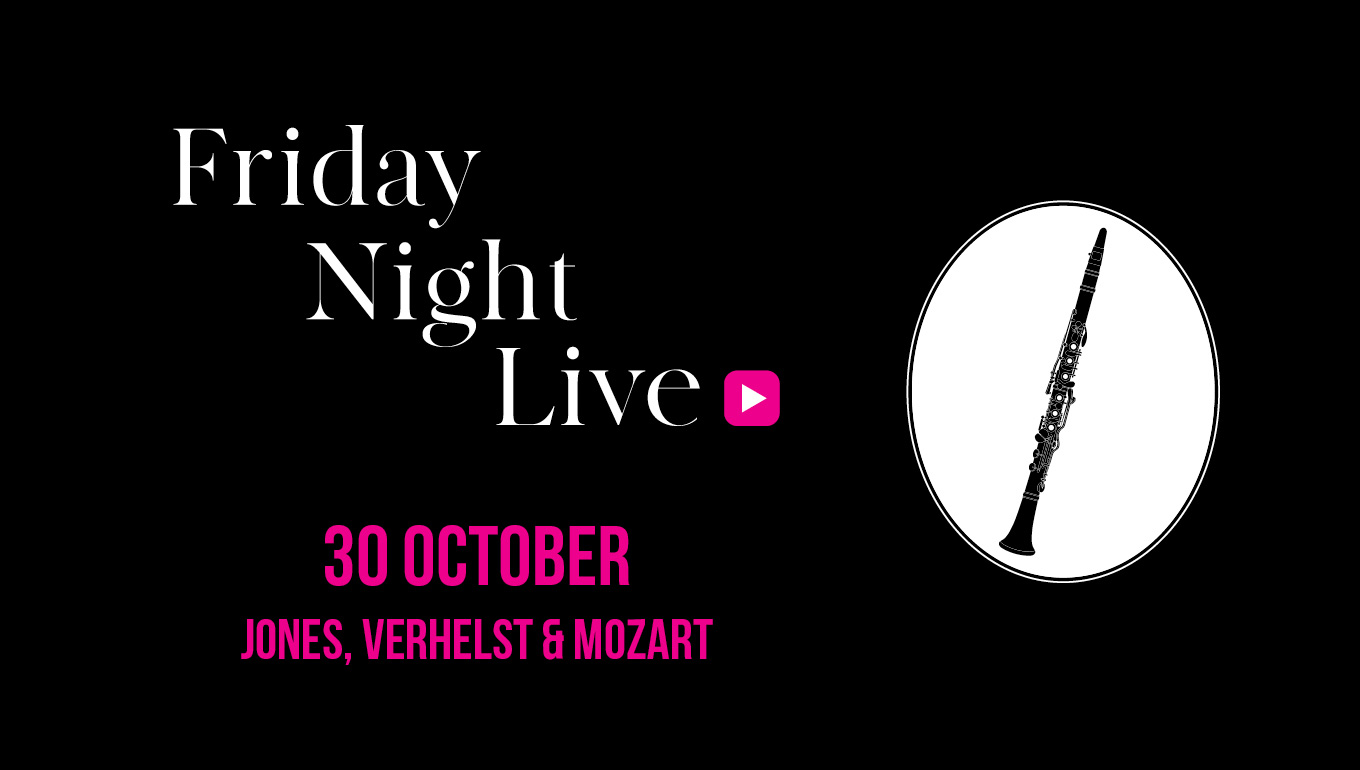 Through its extensive education and community programs, the Tasmanian Symphony Orchestra is widely recognised for its support of local composition. But once the pandemic hit, the TSO looked even further inward – offering audiences a closer connection to the people who make music within the island community. We’ve heard their voices and music through the TSO Daily Dose, and their works will be shared with the world through TSO House.

Now, the spotlight shines on TSO Principal Tuba and local composer Tim Jones, whose work The Mountain will make its Friday Night Live premiere this 30 October in partnership with the Melbourne Digital Concert Hall.

“It’s an honour for the piece to be chosen,” Tim says. “I am flattered others have deemed it worthy.” 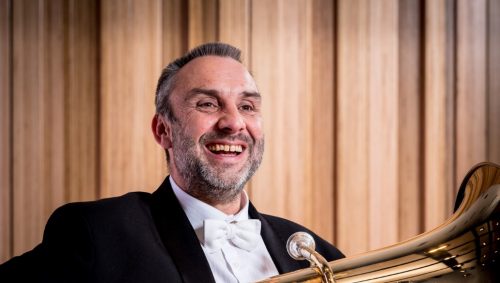 The TSO is providing a much-needed confidence boost to artists who have had their work disrupted during COVID-19. Tim himself needed to alter his workflow and reprioritise for new “chances to be seen and heard”. Much to the benefit of his listeners, this came with a greater focus on his original music.

“As a writer of music, there were a lot more hours in the day,” Tim reflects. Through the months of 2020, Tim has spent more time on his composition techniques, composing and arranging works for brass and percussion, in particular. Some of it has worked – while he confesses other techniques have been more experimental.

“Most of it went in the bin – but I learnt an awful lot that I have been putting into practice since,” Tim says.

But it’s hard to imagine any of Tim’s work being cast aside: earlier this year, he shared his original piece Love Flies Free (Song for Rosie), which was published as one of the earliest TSO Daily Dose videos. It was a private project – one Tim says he completed “on the eve of everything shutting down”.

“It was very satisfying that so many people enjoyed the music. That is always my primary motivation,” he says. “It inspired me to keep at it and gave me some momentum.”

He has since applied this momentum to The Mountain. Though only eight minutes in duration, this composition features five movements: Rock, Wind, Water, The Bandicoot, and People.

“The Mountain could be about any mountain, but mainly it’s about ours: kunanyi/Mt Wellington,” Tim says. “The audience is invited to let their imagination run wild.”

The concept of crafting a piece of music based on kunanyi/Mount Wellington was generously “gifted” to Tim by his chair sponsor Dr Marie Heitz – also a tuba player.

“Marie gave me a good mix of specific things to depict and general moods. Her feedback throughout the creative process was very valuable,” Tim says.

Four musicians will realise these moods when the piece is performed for Friday Night Live: trombonist David Robins, bass trombonists Iain Faragher and Mitchell Nissen, and the composer himself on tuba.

“It is special for me to perform with the people I wrote the music for,” Tim says. “Playing with such a fine trombone section is a joy.”

The original group has so far performed the work at a couple of brass showcase events, but this will be the first time the players will come together [for The Mountain]  in the Federation Concert Hall. As rehearsals are among friends, Tim reveals that he doesn’t like to talk much about the composition, instead preferring to spend this time on the music-making: “I admire the way they all play, so it is best to focus on the tuba part.”

Without having heard this piece for four lower brass instruments, one could imagine an intimidatingly grand – and loud – sound. To counteract the weight and reverberance that could emerge with this instrumentation, Tim adds a core element to the mix: variety.

“I tried to include a lot of musical variety in the various movements by featuring the different players in a few roles,” Tim says. “I have made use of mutes to provide changes in timbre along with extremes of dynamics and range.”

The instrumentation is also symbolic of the grand and imposing nature of the mountain itself.

“The low brass of the orchestra, with our instruments derived from rock, seems one of the better-equipped quartets to emulate a mountain.”

If we looked even deeper, we could imagine The Mountain to be symbolic of the majestic nature of this orchestra – its abilities to overcome the great challenges of 2020.

“The TSO is a hive of creative endeavour, and it inspires you to try to achieve your full potential.”

For Friday Night Live, this work will be paired with a diverse program that also includes Mozart and Verhelst. The COVID-19 impact on the program can’t be ignored; in part, the choice of music pairings is influenced by the need to maintain appropriate space between players.

“Physical distancing makes a mess of the staging,” Tim says. “My piece marries with the Verhelst for two trombones, which was very popular on TSO Daily Dose. Then, [production assistants] can reset the stage quickly for one of the great masters.”

This live stream will be the first public event in the Friday Night Live series, after it launched with a short run exclusive to donors and subscribers. As the TSO pursues digital concert formats, could streaming provide more space for the programming of Australian music?

“I feel that more than a door has been opened. The mould has been broken for now,” Tim says.

“I have enjoyed that the TSO has been so active in redefining what a concert experience can be. It has turned into a celebration of our local talent.

“The orchestra is an amazing beast. I believe there is still much to be discovered amongst its ranks. I hope that a new sense of adventure is awoken.” 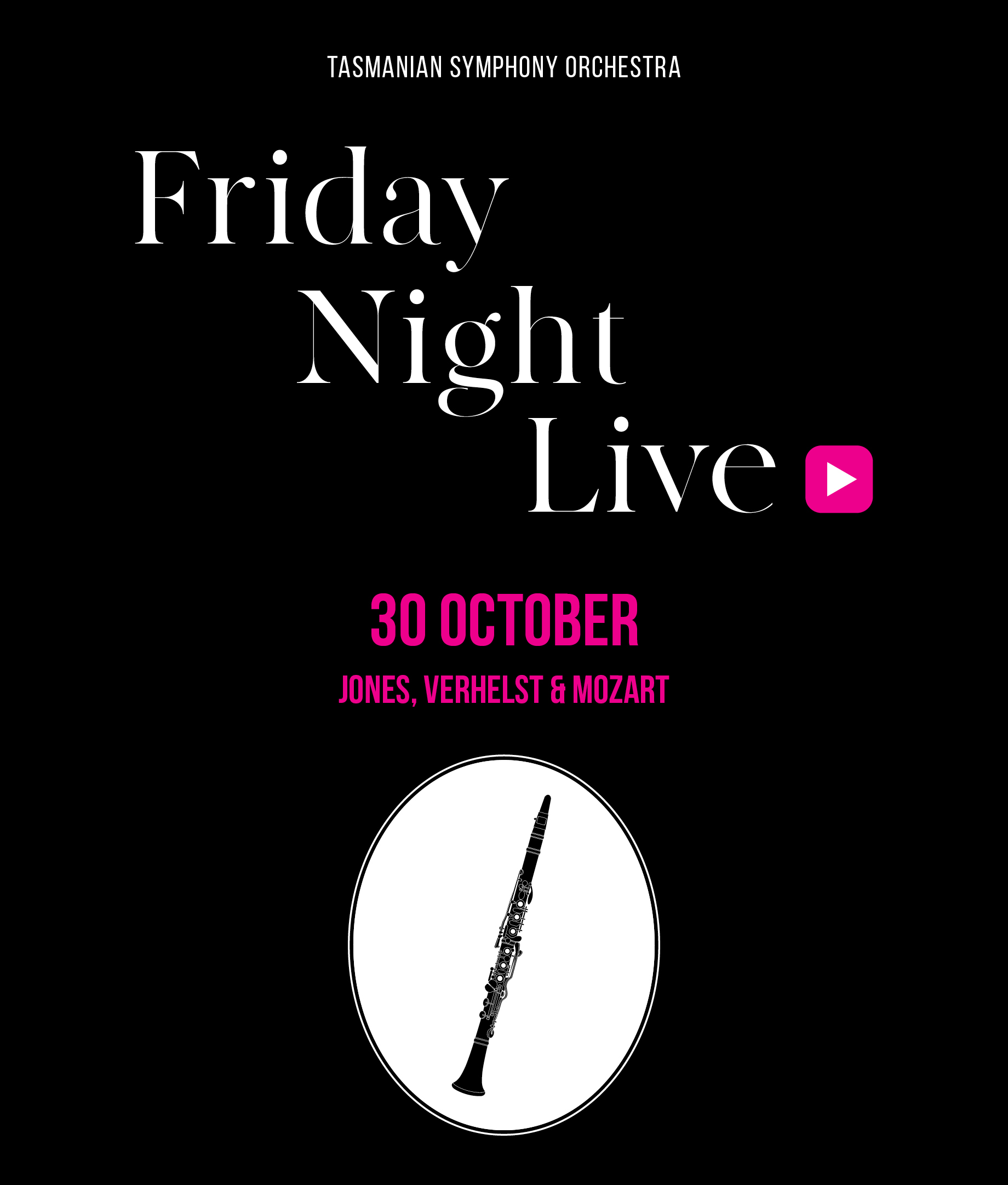